Comparative test of cameras Samsung S21 Ultra and Google Pixel 6 – who is better? 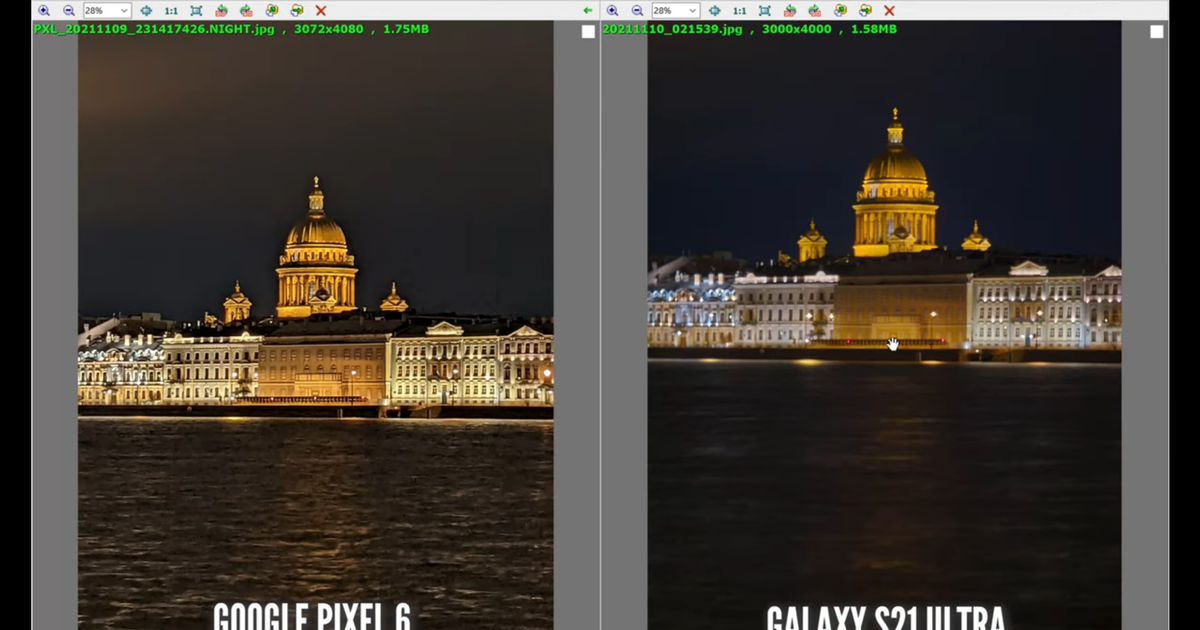 To check the quality of photography, the expert compared the images taken with the main, wide-angle, front camera at night, during the day, and also indoors under artificial light.

At night, on the main camera, the colors are more natural for Samsung (for some reason, the Pixel makes the white shades blue), but on the wide-angle one they are about the same in both cases. At the same time, the Pixel’s wide-angle lens flares are not as strong as Samsung’s. Noise, if you shoot with the main lens, is also less on the Pixel 6. In addition, the S21 Ultra is also inferior in details to its competitor.

The neon signs in the shop windows are clearer in the Pixel photo. There is also less noise on the Google device.

Portrait photos in cafes are more detailed on Pixel. And in general, under artificial light, the pictures come out better on this particular smartphone than on Samsung. It’s the same when shooting a person in neon light: only the Pixel 6 can handle it.

During the day, the Pixel is inferior to Samsung. The highlights are more noticeable on it, the photos are less contrasting, and the color rendition is worse: the sky turns out with a grayish tint. The same is true when shooting with a wide-angle lens.

The first selfie photo in terms of colors is more pleasant on the Pixel, but the smartphone does not cope with the glare. But in the daytime, due to the abundance of details and a more contrasting image, the Pixel 6 loses to Samsung. At night, too, the photo came out better on Samsung: it is more voluminous than the one taken on the Pixel.

Overall, the Pixel clearly outperforms Samsung in evening, night, and artificial light shots. It should be noted, though, that the S21 Ultra does a better job of dealing with highlights in general and with details – at 10x magnification. But if you consider that Samsung is 1.5 times more expensive than the Pixel, then we can conclude that the photos on the S21 Ultra are poor.