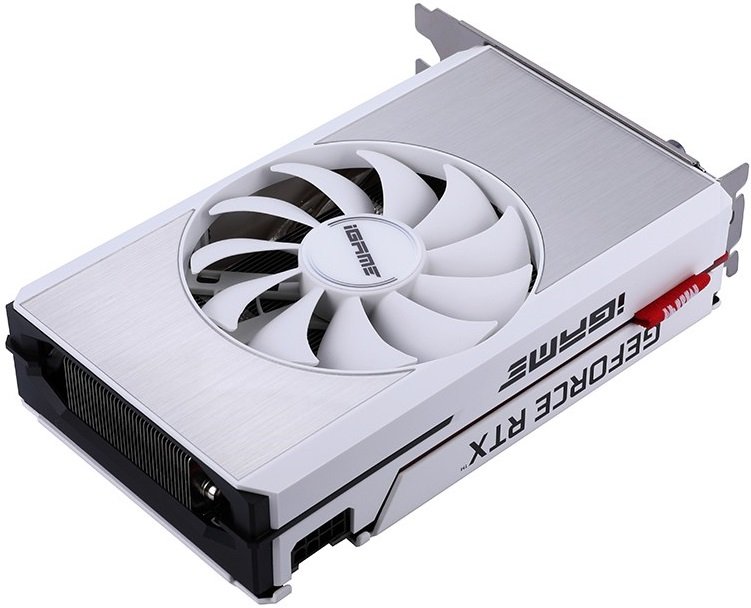 Colorful has unveiled the compact iGame GeForce RTX 3060 Ti Mini OC LHR-V graphics card based on the Nvidia GA104 GPU, well suited for small PCs. The length of the novelty is 18.4 cm, and the height is 13 cm.

The design of the cooling system of the new video card includes an aluminum radiator, on which a 90 mm fan is fixed. The casing is designed in a combination of white and natural brushed aluminum.

The card is equipped with an 8-pin PCIe auxiliary power connector. The mounting plate contains connectors for three DisplayPort 1.4a and one HDMI 2.1. There is also a switch for choosing between two BIOS instances, one of which contains the factory overclocking settings. The usual overclocked GPU is 1665 MHz, and the button allows you to select the Turbo option with an overclocked 1680 MHz. GDDR6 memory connected to a 256-bit bus operates at 14 Gbps. The memory capacity is 8 GB.

The source does not name the price of the video card.