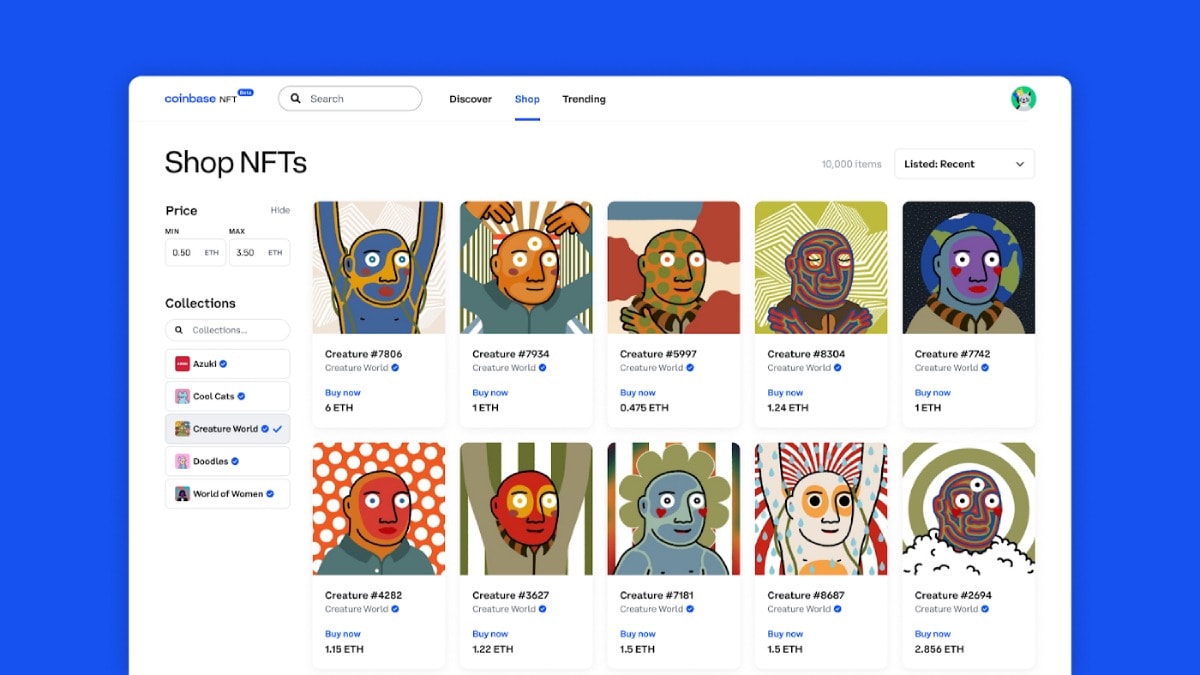 American crypto exchange Coinbase is set to expand business in the non-fungible token (NFT) segment. It has started the beta version of its NFT marketplace for testers. At present, no fee is being charged from testers for buying or selling NFTs. Coinbase plans to levy fees later and users will be notified when this happens.

Coinbase has a statement I told that access to the NFT Marketplace will soon be opened to the users. “We’re starting with a few beta testers who will be invited based on their position on our waitlist,” it added. Coinbase’s Marketplace will offer an NFT platform built on the Ethereum blockchain. Its aim is to connect NFT artists and curators. After signing in, comments can be posted directly on the NFT. Like Instagram, Coinbase has added a ‘Discover Feed’ feature where people will be able to browse randomly selected artists and NFTs.

“Suggestions will be given on NFT to save users time. These suggestions will be improved based on the purchase, trend and search of the users,” the statement said. Coinbase also plans to offer the option to purchase NFTs with a Coinbase account or credit card.

The popularity of NFTs has increased in recent months. Sports clubs, automobile companies and pop stars are also getting into this business. Using blockchain technology in NFTs, tokens of unique items are authenticated which are linked to reproducible digital assets. These can include art, music, in-game items, and videos. These can be traded online but cannot be duplicated. With the increase in the business of NFTs, the cases of scams related to them have also increased. In some such cases, NFT buyers have suffered huge losses. Recently two people in the US have been accused of money laundering and money laundering with their NFT series called ‘Frosties’. fraud has been arrested on charges of These people have caused a loss of around $11 million to the buyers before leaving their NFT project. Such cases are called ‘Rig Pull Scams’, in which the creators of NFT projects or cryptocurrencies quickly disappear after selling.