Code on the package, 20W consumption and 95 FPS in League of Legends. All features of Xiaomi Host Mini desktop PC 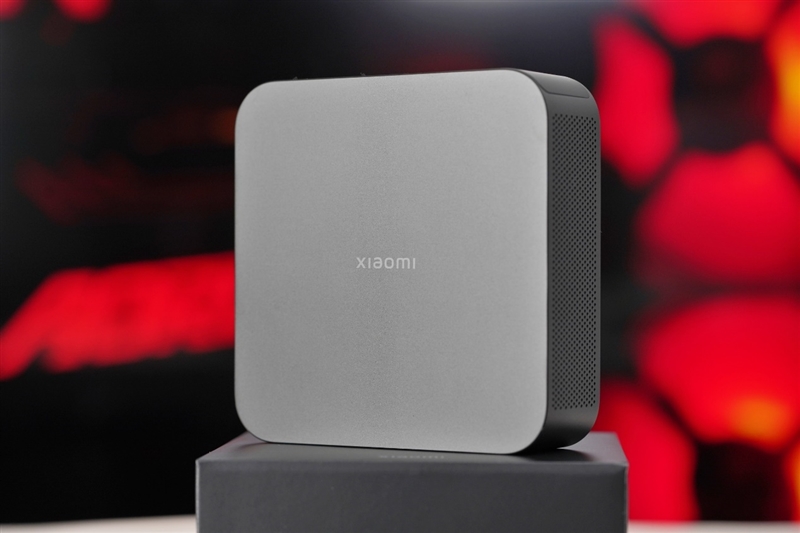 A large review of Xiaomi’s first desktop computer, a device called Host Mini, has been published on the Web. It gives a complete picture of what Host Mini is and what it is suitable for.

To begin with, we need to recall that Xiaomi Host Mini is built on a 12-core Core i5-1240P processor, with 4 high-performance cores and 8 power-efficient ones. The CPU supports 16 threads. CPU TDP is 35W. The preconfigured version we reviewed has a 512GB SSD and two 8GB SO-DIMMs.

The package with seven lines of code on one side looks interesting.

On the front panel of Xiaomi Host Mini there are two USB 2.0 ports, a standard headphone jack and a power button. There is more diversity on the rear panel: one USB 2.0 and USB 3.0 each, two HDMI 2.0, and two USB-C with Thunderbolt 4 interface.

The cooling system is hidden under the bottom cover. It looks like a laptop, only scaled up – four times larger. The large fan is complemented by two copper heat pipes. Given the TDP of the processor, we can say that such a system, unlike a laptop system, will definitely not allow it to overheat and go into throttling.

And this is what the tests of SSD and RAM look like:

Xiaomi Host Mini even allows you to play games, but simple ones: World of Tanks – 65 FPS, CS: GO – 58 FPS, League of Legends – 95 FPS (all this at Full HD resolution, in the case of the last two games – with maximum graphics settings ).

What about energy consumption? In idle, Xiaomi Host Mini is content with 8.6 W – about a tenth of the consumption of a regular PC in idle. When playing Full HD video, the consumption rises to 23W, in the AIDA64 FPU stress test, the CPU consumption was 33W, and the entire computer was 52W.

In the end, the reviewers conclude: Xiaomi Host Mini is definitely not suitable for playing AAA games, but its capabilities are more than enough for office work and entertainment (watching videos). At the same time, it consumes much less than a regular PC. With a slightly higher initial cost than similar traditional format computers, this PC wins in compactness and saves on electricity bills.