CNG variant of Alto K10 launched, will get 33.85 km mileage, know the price 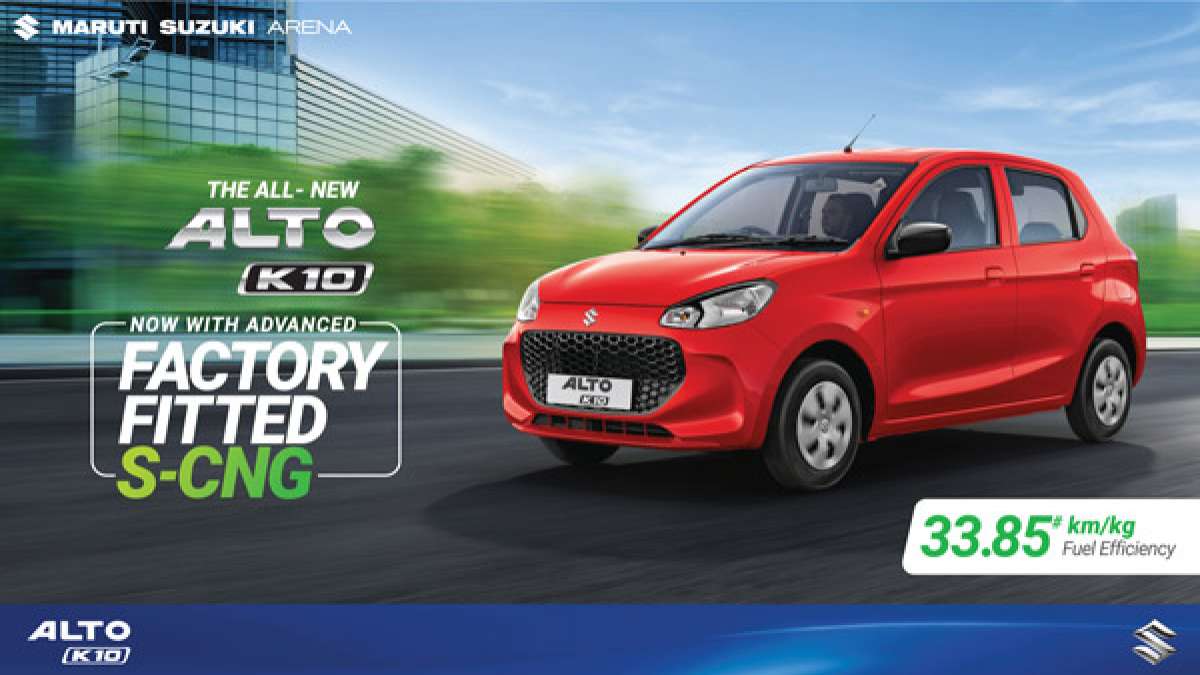 The Alto K10 CNG variant was officially launched on Friday.

The Alto K10 CNG has a claimed mileage of 33.85 kmpl. Maruti Suzuki says that the updated Alto K10 is getting very good response from the market, the launch of S-CNG can increase its sales further.

Shashank Srivastava, Senior Officer, Marketing & Sales, Maruti Suzuki India Ltd. said, “Alto has been the best selling car in the country for 16 consecutive years and the launch of the S-CNG model will further strengthen its appeal owing to its fuel-efficiency.

The Alto K10 is powered by a 1.0-litre K-series dual-jet, dual VVT engine and returns a petrol-fuel mileage of around 25 kmpl. But apart from its engine, major changes have been made to the new Alto K10. It gets a restyled grille at the front, changed side appearance and new wheel cap design on the 13-inch wheels. The interiors get a touchscreen display and support for Apple CarPlay and Android Auto connectivity.

Maruti says that despite the increase in CNG price in the recent past, the demand for its CNG vehicles remains strong. Company officials are of the view that the hike in CNG prices may be temporary and the cost benefits will continue to be passed on to the potential buyers. Petrol prices have remained above Rs 100 per liter in many parts of the country.