CNG option will be given in 2022 Toyota Glanza, confirmed from the company’s website 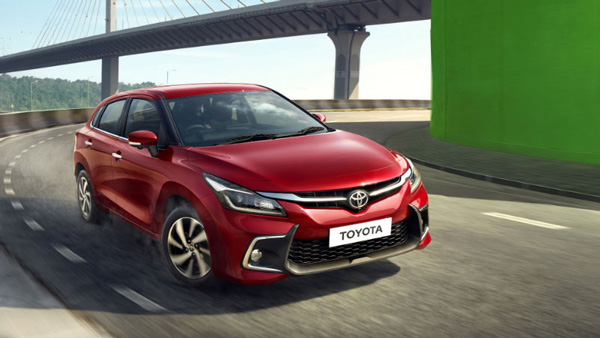 Let us tell you that the Toyota Glanza is based on Maruti Suzuki’s Baleno, whose new avatar has been brought recently. Now following this path, first the CNG version of Baleno will be brought and only then the CNG version of Glanza will be brought. Currently, the Glanza is made available in a 1.2-litre petrol engine that produces 89 Bhp of power and 113 Newton meters of torque.

It has a choice of manual and automatic gearboxes. Along with this engine idle start-stop function has been given, it provides mileage of 22 kmpl. Presently the demand for CNG is increasing continuously and due to this more and more company is bringing CNG model, now soon this premium hatchback will be brought in CNG option.

Along with this, new features have been given like Baleno, which includes safety to comfort features. Talking about the new features, instead of the 7-inch touchscreen infotainment system, it has been given a 9-inch touchscreen infotainment system. Apart from this, it has been given Aermaki tuned sound system, heads up display, 360 degree camera, 45 connected car features, six airbags and electronic stability control.

Along with this, cruise control, automatic climate control, auto LED headlight, keyless entry, push button start have also been given. The new Toyota Glanza gets a new front look, along with a new headlight unit, updated DRLs, restyled front grille and Toyota badge at the front. At the same time, new LED tail light, newly designed body panels have been given in the rear.

Along with this, new heads up display unit, updated infotainment system, wireless Apple CarPlay and Android Auto connectivity, redesigned dashboard, new AC vents etc. have been given in the interior. Let us tell you that it was introduced in 2019 and so far its more than 66,000 units have been sold and in such a situation it has been a great model for the company. This was the company’s first rebadged model, which has been taken from the Baleno, after which many more models have been brought which are rebadged versions of Suzuki’s models.