Civil “tanks” will appear in Russia. Great Wall Motors will bring Tank SUVs to Russia, they will be assembled at the Tula plant along with Haval crossovers 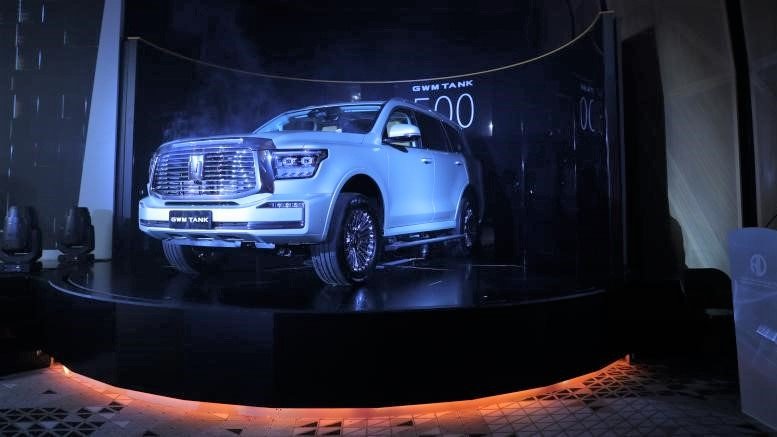 Great Wall Motors will soon expand its presence in Russia with Tank SUVs. The fact that Tanks will appear in the Russian Federation was announced during the official Great Wall Motors event in Riyadh, the capital of Saudi Arabia, where the international debut of the Tank brand took place.

Xu Huanzhi, head of Great Wall Motors’ Middle East division, said that the Middle East is only the first stop in Tank’s global development strategy. Starting here, the brand will gradually enter the markets of Australia, Russia and Southeast Asia.

It must be said that Great Wall is already carrying out preparations for the start of sales of Tank cars in Russia. Thus, the company has already received several patents in the Russian Federation for the design of Tank cars, and the Tank 300 SUV was demonstrated at a conference for dealers, which was held in Sochi back in April 2021. At the same time, plans were announced for the production of this model at the Great Wall Tula plant in 2023 – Haval cars are now produced at this enterprise.

In Riyadh, the company showed two models – Tank 300 and Tank 500. Apparently, they will also come to Russia. The Tank 300 is a frame SUV, the Chinese answer to the American Jeep Wrangler and Ford Bronco. This is a fairly large crossover: the length is 4760 mm, the wheelbase is 2750 mm. Ground clearance is 224 mm (Patriot, for example, 210 mm), approach and exit angles are 33 and 34 degrees, respectively. It is driven by a 2.0-liter turbocharged engine with a capacity of 227 hp. The power unit is connected to an 8-speed ZF automatic transmission, the drive is all-wheel drive.

The Tank 500 is an even larger off-road vehicle similar to the Toyota Land Cruiser 300. It has independent front suspension, a solid axle at the rear, and a 3.0L twin-turbo petrol engine producing 354 hp. Transmission – 9-speed automatic transmission. The ground clearance is 224 mm, the car is able to overcome a ford with a depth of 80 cm.