Citroen C3 will be launched in the Indian market by June 2022, know how this small SUV will be 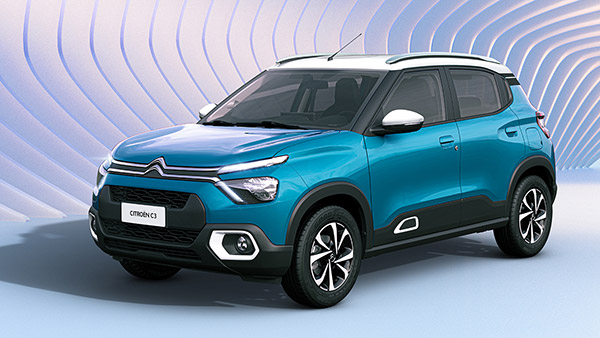 The Citroen C3 SUV is based on the company’s common modular platform, in which many products of Citroen and Peugeot have been prepared. The platform has been heavily localised, the company has already announced that the upcoming models will be brought to the petrol engine only. It can be brought with the Flex Engine option.

Talking about the design of the Citroen C3, it has been given the brand logo in the front, which is kept in chrome and it meets the split headlight design. Its headlight, DRLs and logo form an X-shaped design on the front of the SUV. Its fog lights are placed at the bottom of the bumper. The Citroen C3 gets the same accents as the Citroen C5, which gives the car an attractive look.

The company is offering a choice of 78 different accessories with the new C3. This includes choosing different paint options for the roof, body and interior. Similar accents have been given in the C3 which gives an attractive look to this car. The C3 gets a 1-litre glove box, two 2-litre door pockets at the front and rear. Along with this, storage in the central console, two cup holders have been given in the back which acts as a smartphone holder.

It will get 10-inch touchscreen infotainment, Apple CarPlay and Android Auto, digital instrument cluster, climate control, USB socket, control buttons on the steering, connected technology, cruise control, 315 liters of boot space. The C3 SUV offers 653 mm of legroom which is the biggest in its segment. Along with this, 991 mm of headroom has been given.

Citroen has not revealed its engine. It is speculated that this SUV can be brought with the 1.2-litre turbo-charged engine. This engine provides 108 bhp power at 5500 rpm and 205 newton meter of torque at 1500 rpm. It can be given a 6 speed torque converter automatic gearbox.

Three models of Citroen C3 can be brought, so in future its electric version can also be brought. Talking about its color options, it will be available in the following colors:

The Citroen C3 will be produced for the markets of India and South America. This is going to be the company’s first mass car, that is, this car is being brought keeping in mind the common customers and through this it is going to enter the country’s most competitive compact SUV segment.