Citroen C3 will be launched in India soon, know these 5 special things about this car 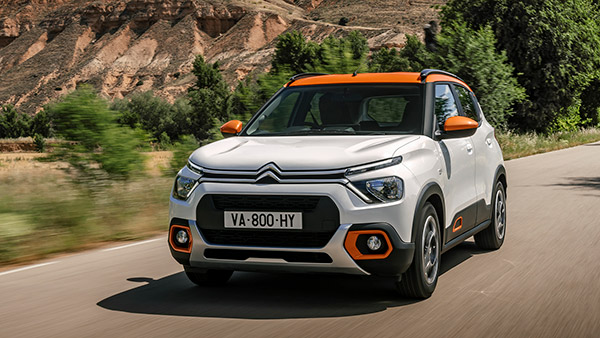 After its launch in the Indian market, the Citroen C3 compact crossover will compete with the currently sold cars like Tata Punch, Maruti Ignis, Nissan Magnite and Renault Kiger. Here we are going to tell you, some special things about the Citroen C3 that will be launched in India.

The Citroen C3 is based on the company’s CMP modular platform, which will support some of its other vehicles, including the company’s sister brand Jeep. The platform is largely localized to India and more than 90 percent of the components are being sourced from here.

This will enable the company to aggressively position the Citroen C3 in its segment and keep its price competitive. The Citroen C3 is the first of three models under the company’s C-Cubed program and has been developed specifically for emerging markets such as India and South America.

Will be presented with a fresh design

Let us tell you that the Citroen C3 has been given a crossover-like look, so Citroen is not calling it a compact SUV. The car has been described by Citroen’s CEO, Vincent Cobee as a “Hatchback with a Twist”. This is because it will serve as a more honest compact SUV for India.

Best classified as a cross-hatchback, it will be kept up to 3.98-metres in length with higher ground clearance, higher bonnet and elevated seating position. The styling is as quirky and cool as other Citroen cars. Split-LED headlamps have been used in the front.

In this, the company’s traditional double-slat grille is given in two units. The all-round black cladding has been used to add to the SUV-like feel in the Citroen C3. Apart from this, the company is also going to give the option of dual-tone paint scheme to the buyers.

Citroen has not yet revealed the engine details of the C3, but it is believed that it will be powered by a 1.2-litre turbocharged petrol engine. It will be mated to either a 5-speed manual or a 7-speed dual-clutch automatic gearbox. Diesel engine option will not be available in this car.

price can be affordable

As we mentioned, the Citroen C3 will be localized up to 90 per cent, thus keeping its pricing very competitive. It is believed that it can be lowered between Rs 5.5 lakh to Rs 8 lakh. In this case, this car will compete with Tata Punch, Maruti Ignis, Nissan Magnite and Renault Kiger.

Citroen has confirmed that the CMP platform is compatible for electric-vehicle configurations. This means that the Citroen C3 and other upcoming models will be future proof on this platform. Citroen may launch an electric version of it, which could be placed below the Tata Nexon EV.