Citroen C3 interior details surfaced, the company is about to launch in India soon 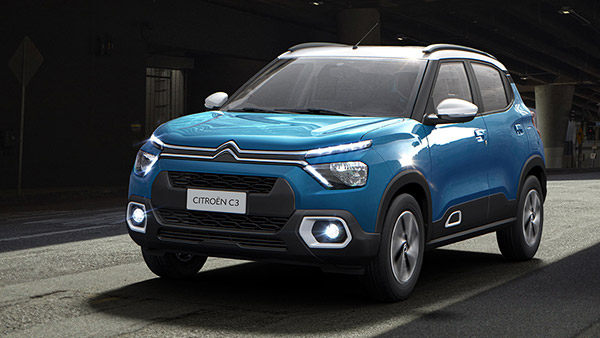 Not long ago, the made-in-India Citroen C3 without camouflage was spotted at the company’s Chennai plant and now its interiors have been revealed and which gives information about the interiors that will be available in it. So let us tell you what is going to be found in its interior.

The interior of the India-spec Citroen C3 looks the same as that of the Citroen C3 that was unveiled by Citroen in September 2021. In September, the company introduced this car for the international market. A 10-inch touch-screen infotainment system is going to be found in the middle.

Connectivity of Android Auto and Apple CarPlay will be given with this touch-screen system. Weird air-con vents and dimple effect have also been used on the dashboard panel. On closer look, there is also a slot for a mobile holder near the center air-con vents.

Also, the top-spec variant of the car in the pictured surfaced may not be a possibility, as it can be seen in the picture that it is missing some equipment like rear power windows, power wing mirrors and climate control system. However, a lot of practical space has been given in its cabin.

These include large door pockets, usable cup-holders and a nifty access front gear lever. The made-in-India Citroen C3 is the first of three models under Citroen’s C-Cubed program and has been developed specifically for developing markets such as India and South America.

The special thing is that the Citroen C3 will be manufactured in India with more than 90 percent localization. This car has been built on the company’s CMF modular platform. The car is expected to be launched in India with a 1.2-litre turbo petrol engine.

With this engine, the company can offer a choice of 5-speed manual and automatic gearbox. It is worth noting that the diesel engine option will not be given in this car. Let us tell you that Citroen will not present it as an SUV, but will call it “Hatchback with Twist”.