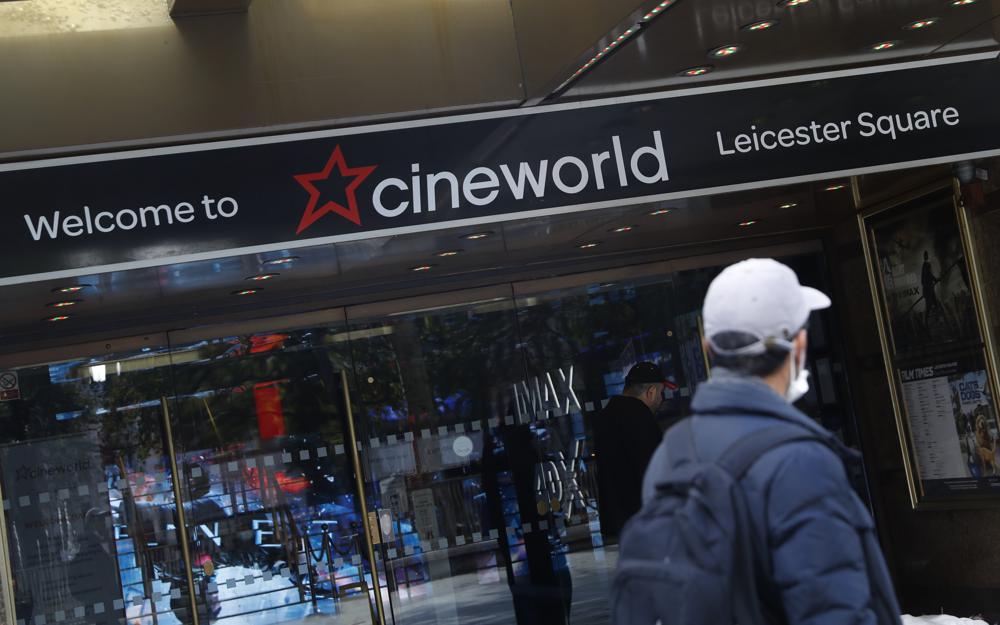 LONDON (AP) — Cineworld Group PLC, one of the world’s largest movie theater chains, said Monday that it is considering filing for Chapter 11 bankruptcy protection in the U.S. and similar actions elsewhere.

The British company, which owns Regal Cinemas in the United States and operates in 10 countries, said bankruptcy is one option it is weighing to help preserve a business that has struggled to rebound from the impact of COVID-19 restrictions.

Cineworld said it’s holding talks with major stakeholders such as lenders. It expects operations to run normally following any filing and “ultimately to continue its business over the longer term with no significant impact upon its employees.” It has about 28,000 workers, according to the company’s website.

Company shares tumbled 58% Friday after The Wall Street Journal reported that the company was preparing to file for bankruptcy within weeks.

Cineworld, which has 9,189 screens across 751 sites, said Monday that it’s open for business and is still evaluating its options to boost cash flow and potentially restructure.

In March, the company said COVID-19 closures in the first part of last year took a toll, reporting a $565.8 million loss after taxes and debt of $4.8 million. It also took a hit from terminating its 2020 takeover of Canadian movie theater company Cineplex Inc. A court in Ontario agreed with Cineplex that the British company breached its obligations and awarded 1.23 billion Canadian dollars ($947.5 million) in damages. Cineworld has appealed.

Despite the hurdles, Cineworld has said pent-up demand to see movies on the big screen helped its bottom line at the end of last year. It also expected blockbusters like “Top Gun: Maverick,” “Jurassic World: Dominion” and others to help it “continue to rebound strongly.”

Shares of AMC and Cinemark, two major theater chains based in the U.S., also fell before the opening bell in New York.