Christie’s to auction Paul Allen’s art trove, valued at $1B+ 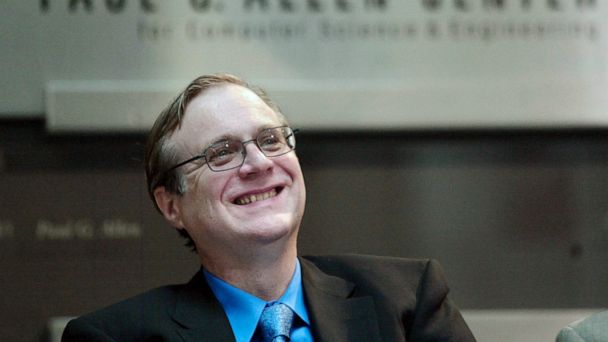 NEW YORK — Some 150 artworks from the collection of Microsoft co-founder Paul G. Allen will be auctioned at Christie’s in New York this fall and are expected to bring in more than $1 billion in total, Christie’s and Allen’s estate announced Friday.

The works to be auctioned span 500 years of art history from Old Masters to the giants of modern art, Christie’s said, adding that all proceeds will go to philanthropy.

Allen, who co-founded Microsoft with his childhood friend Bill Gates, died from complications of non-Hodgkin’s lymphoma in 2018. In his lifetime he gave more than $2 billion to causes including ocean health, homelessness and advancing scientific research.

Highlights of the upcoming sale include Paul Cézanne’s “La Montagne Sainte-Victoire,” completed in 1890 and estimated to sell for more than $100 million, and Jasper Johns’ “Small False Start” from 1960, estimated at $50 million. Other details of the artworks to be auctioned were not released.

Guillaume Cerutti, Christie’s chief executive officer, said in a statement, “The inspirational figure of Paul Allen, the extraordinary quality and diversity of works, and the dedication of all proceeds to philanthropy, create a unique combination that will make the sale of the Paul G. Allen Collection an event of unprecedented magnitude.”

Jody Allen, Allen’s sister and the executor of his estate, said, “These works mean so much to so many, and I know that Christie’s will ensure their respectful dispersal to generate tremendous value for philanthropic pursuits in accordance with Paul’s wishes.” AP