Chinese threat to earth! Rocket debris may fall from space on July 31 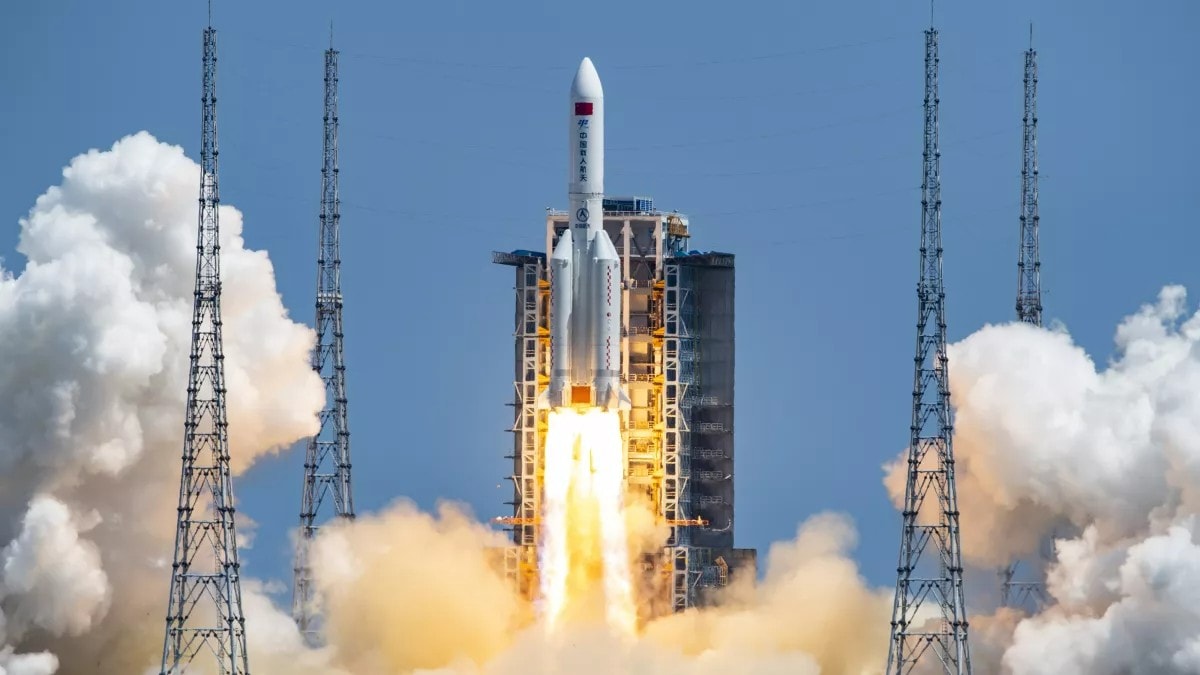 Yesterday we told you that the rocket which China had sent to space to build its space station in space, its ‘stage’ weighing about 21 tons is falling on the earth on its own. Now experts have predicted that this piece coming as space junk will fall to Earth by the end of this month. This stage is part of China’s ‘Long March 5B’ rocket, with the help of which China launched its first Lab Module Wentian last Sunday. This is the third time that China has chosen not to control its space debris. Earlier in 2020 and 2021 also, the debris of the Chinese rocket reached the earth uncontrollably.

Our latest prediction for #CZ5B rocket body reentry is:
🚀 31 Jul 2022 07:52 UTC ± 22 hours
Reentry will be along one of the ground tracks shown here. It is still too early to determine a meaningful debris footprint. Follow this page for updates:  https://t.co/SxrMtcJnj0 pic.twitter.com/xsDqC8rOEt

However, this estimate will be updated as time passes. At the moment it is too early to say where the Chinese rocket will come down. Researchers at Chords predict that it will enter Earth somewhere between latitude 41 degrees north and latitude 41 degrees south, and the entire debris will not burn in Earth’s air. That is, some part of the rocket will fall directly on the earth. It is estimated that about 20-40 percent of it will reach the ground. Although the exact number depends on its design. Aerospace Corporation expects 5 to 9 metric tons of debris.

Earlier also this happened in two ‘Long March 5B’ missions. The body of the rocket, which was launched on 5 May 2020, fell uncontrollably on the west coast of Africa about a week later. Similarly, the second Long March 5B entered the Indian Ocean in May 2021, 10 days after the launch of Tiangong’s core module.