Chinese response to “Gelendvagen” on electric traction. BYD’s new frame SUV may be one of the most expensive Chinese cars 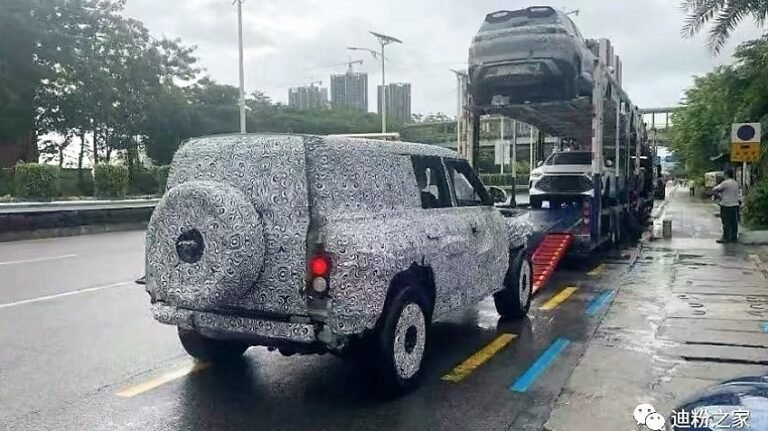 In China, a new electric SUV from BYD was spotted on sea trials. This is the first car to be produced under the Xingji (Star) brand. It was created to produce premium electric vehicles.

The car is positioned as a Chinese answer to Gelendvagen, while the car received an electric motor. Due to the dense camouflage, it is very difficult to see the body design, but you can see that the spare tire is mounted on the tailgate.

It is known that the SUV will receive an electric power plant and will be based on the BYD e-platform 3.0 architecture. Presumably, it will be a frame SUV, which will also receive a Blade battery, which further increases the rigidity of the structure.

Previously manufacturer statedthat modern BYD Blade batteries can be charged and discharged more than 3,000 times. This allows you to cover 1.2 million kilometers without changing batteries.

The SUV will cost in China from 7.6 to 14.3 million rubles in terms of our money, which makes it one of the most expensive Chinese cars. The presentation is expected this year.