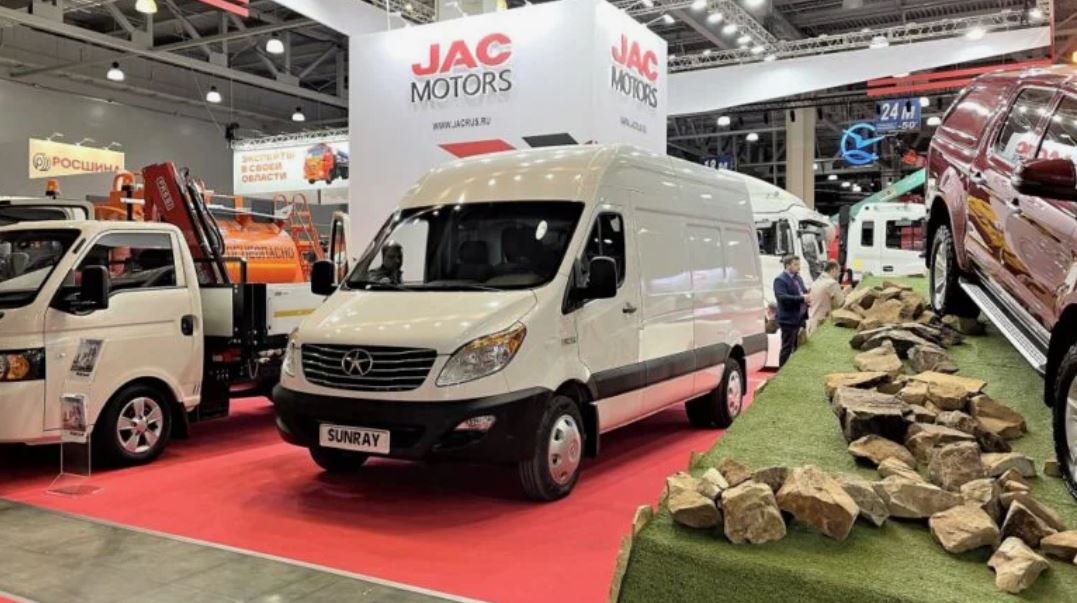 The Chinese JAC Sunray, designed to become a direct competitor of GAZelle, entered the Russian market. This has not been officially announced yet, but, according to one of the industry media, the van has already arrived at dealers and costs from 3.5 million rubles.

An all-metal van with a gross weight of 3.5 tons and a carrying capacity of about a ton is estimated at this amount. So far, it is equipped only with a 2.0-liter 190-horsepower gasoline engine and a manual transmission, but later the choice will expand with a 150-horsepower turbodiesel, which will also be paired with a six-speed manual transmission.

Diesel JAC Sunray was certified in Russia two years ago. OTTS then listed vans with a regular or long wheelbase, as well as with a low, medium or high roof.

According to preliminary data, the Russians are offered vans assembled in Kazakhstan, assembled at the SaryarkaAvtoprom plant. One of them (with a high roof, extended wheelbase and dual tires) was presented at the CTT commercial vehicle exhibition in Moscow in May.

Externally, the JAC Sunray almost completely repeats the Mercedes-Benz Sprinter of the previous generation, and it is produced not only in the body of a van, but also in a number of other versions: for example, a minibus, a manufactured goods van and a chassis, on which, like on the GAZelle, you can mount a variety of add-ons.

JAC itself describes the Sunray as a “quality and modern” commercial vehicle with a low cost of ownership that can become an indispensable business assistant.