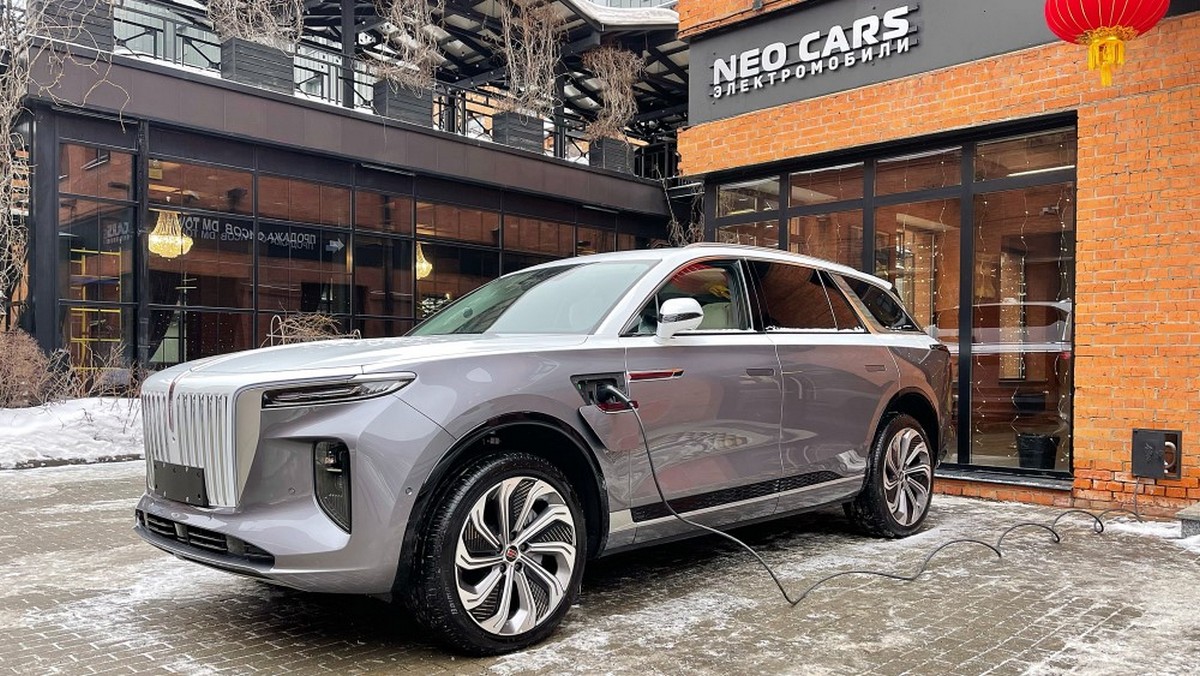 In Russia, sales of the premium Chinese electric crossover Hongqi E-HS9 began. This is the flagship model of Hongqi, the price of which starts at 13,850,000 rubles.

The car has a body length of 5209 mm and a width of 2010 mm with a wheelbase of 3110 mm (the BMW X7 has a wheelbase of 3105 mm). The car received 22-inch rims, which do not seem large on a huge car. Hongqi E-HS9 also has retractable door handles and a charge level indicator on the rear pillar.

Hongqi E-HS9 received large comfortable seats, expensive finishing materials, plenty of space in the cabin, and atmospheric lighting. In total, the car has as many as seven displays, including four in front and three more for rear passengers. The rear passengers received the most comfortable seats with massage, heating, ventilation, tilt control panel, lighting, climate control and a panoramic roof.

With regard to warranty, repair complexity and availability of spare parts, the representative gave the following answer: “We work with Hongqi dealers in China. We support the guarantee in Russia according to the standards of the manufacturer’s factory. Body parts and running gear will be available in Moscow by spring. We have already ordered them.

At the time of the announcement, it was said that the basic version received two electric motors with a total power of 436 hp. c 700 Nm of torque. A top-end version with 551 hp was also announced. with 800 Nm of torque that can accelerate from 0 to 100 km/h in 4.8 seconds. The power reserve is from 460 to 650 km. Interestingly, the car has two charging ports at once, after the left front fender and the right rear.