Chinese flying car took off in the sky of Dubai, will be launched soon, know what is the specialty 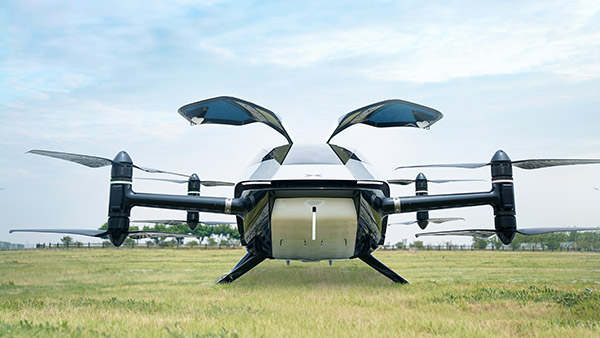 With this, this flying vehicle has joined the list of such flying cars in the world that are to be used for public transport. The company chose Dubai because they believe that Dubai is one of the most progressive cities in the world.

Let us tell you that the Chinese company’s X2 flying car is fully electric and to power it, a light weight lithium-ion battery has been used in it. To raise the car in the air, 8 propellers have been installed in it. On Monday, an unmanned model of this flying car was flight tested in the UAE, in which it was successful.

The car kept flying in the air for 90 minutes. The company says that this flying car will prove to be an inspiration for their upcoming cars in the future. The company said that it will introduce flying cars made of Chinese technology in the international market in a phased manner. At present, the company has not disclosed its price.

Flying cars are capable of doing vertical take-off or landing like a helicopter, so they are called vertical takeoff and landing vehicles (VTOL). Many companies around the world are working on flying cars. Some of these companies have even started production of their own flying cars.

Battery-powered flying cars are built on the concept of wireless drones. In these also four or eight propellers are installed and there is also a seat for two to three people. Generally, lightweight structures made of carbon fiber or aluminum are used to make flying cars to keep the weight down.

Due to the battery running, the engine is not required to rotate their propeller. Like electric cars, they also have a controller that controls the speed of the propeller, takeoff and landing. Due to the fact that they run on batteries, they can be flown only for a short time. However, scientists are developing many technologies that can increase the range of flying cars in the future.

Recently, Italian startup company Jetson started selling the flying car Jetson One. The company said that its demand was so high that all the cars were sold out within a few hours of the start of booking. The Jetson One Flying Car can fly at an altitude of 1,500 feet above the surface. This flying car is completely battery operated and can be flown up to a range of 32 km on a single full charge. It is capable of flying at a maximum speed of 102 km/h.