‘China threat’ emerges in elections from UK to Australia 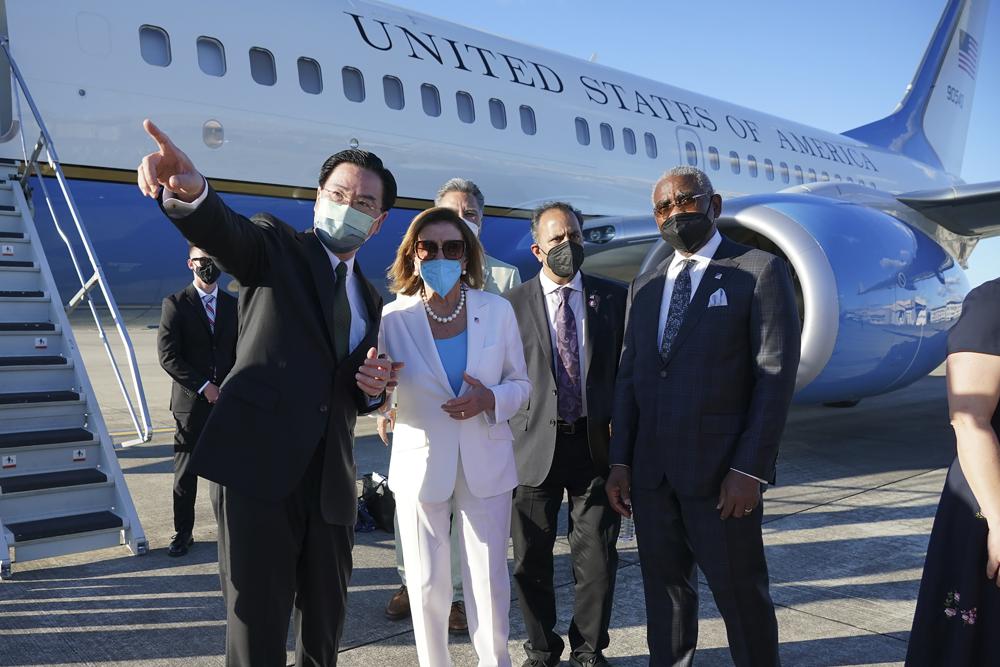 LONDON (AP) — It’s not just the economy. While inflation and recession fears weigh heavily on the minds of voters, another issue is popping up in political campaigns from the U.K. and Australia to the U.S. and beyond: the “China threat.”

The two finalists vying to become Britain’s next prime minister, Liz Truss and Rishi Sunak, clashed in a televised debate last month over who would be toughest on China.

It’s a stark departure from outgoing Prime Minister Boris Johnson’s business-focused “Sinophile” approach and part of a hardening of anti-China rhetoric in many Western countries and other democracies, like Japan, that is coming out in election campaigns.

Nations for years have sought to balance promoting trade and investment with the world’s second-largest economy with concerns about China’s projection of military power, espionage and its human rights record.

The pendulum is swinging toward the latter, as evidenced in U.S., European, Japanese and Australian opposition to the threatening Chinese military drills that followed U.S. House Speaker Nancy Pelosi’s visit to Taiwan last week, and growing warnings from Western intelligence agencies about Beijing’s snooping and interference.

A delegation of U.S. lawmakers arrived Sunday in Taiwan to discuss reducing tensions in the Taiwan Strait and investments in semiconductors, among other topics.

That shift has made China a target for vote-seeking politicians as opinion polls show public sentiment in many democracies turning against China. Some candidates blame China for economic woes at home in addition to posing a security threat to its neighbors and the wider world.

China loomed large in Australia’s election in May in which the conservatives, who ultimately lost, tried to paint the opposition as being unwilling to stand up to Beijing.

Many in Europe are also rebalancing their approach to China, though that did not figure significantly in elections in France this year and in Germany in 2021.

Andreas Fulda, a University of Nottingham political scientist specializing in China, said British politicians “are more clear-eyed about China” than their European neighbors.

“The U.K. has paid close attention to what’s happening in Australia, and in many ways the debate here is well ahead of mainland Europe,” he said.

Truss, the British foreign secretary and the front-runner in the Conservative Party’s leadership race, has spoken of expanding what she calls a “network of liberty” so democracies can counter China and Russia more effectively. She says she will crack down on Chinese tech companies such as the owner of TikTok, the short-video platform.

In her role as Britain’s top diplomat, Truss has strongly criticized China’s military moves after Pelosi’s Taiwan visit, accusing Beijing of an “aggressive and wide-ranging escalation” that “threaten(s) peace and stability in the region.”

“I had a sense of déjà vu having just moved over from Australia,” said Ben Bland, director of the Asia-Pacific program at London’s Chatham House think tank, who previously worked at the Lowy Institute in Sydney. “There’s a similar atmosphere with some politicians trying to deploy the China threat as a domestic political tool.”

Bland described a dramatic shift in how politicians talk about China in both the U.K. and Australia, from a focus on trade and business ties five years ago to viewing China “through the prism of a threat to national security and economic competitiveness.”

In the Australian election, conservatives broke from a bipartisanship tradition on critical national security issues to accuse the center-left Labor Party of being likely to appease Beijing.

The gambit came up short. Labor, whose victory ended nine years of conservative rule, denied it would shift its China policy and has called China’s military drills around Taiwan “disproportionate and destabilizing.”

“This is not something that solely Australia is calling for,” Australian Foreign Minister Penny Wong said, adding the entire region was concerned.

A Lowy Institute survey released in June found Australians increasingly concerned about their nation’s largest trading partner. Three-quarters of respondents said it was at least somewhat likely China would become a military threat to Australia in the next 20 years, up 30 percentage points since 2018.

A Pew Research Center poll the same month found negative views of China are at or near historic highs in many of the 19 countries surveyed in North America, Europe and Asia.

Relations between London and Beijing have soured since President Xi Jinping was granted a 2015 state visit the U.K. government hoped would cement deals to give Britain a vast pool of investment and China greater access to European markets.

Johnson, who took power in 2019, always stressed that he was not a “knee-jerk Sinophobe” — but under pressure from the U.S., his government excluded Chinese firms from the U.K.’s 5G communications network. Britain also has welcomed thousands of people from Hong Kong as Beijing squeezes the freedoms in the former British colony.

The head of the MI6 intelligence agency, Richard Moore, said last month that China had overtaken terrorism as its top priority, as British spies try to understand the threats Beijing’s growing assertiveness might pose.

The U.S. also is shifting intelligence resources to China.

Yet China experts say much of the rhetoric from Western politicians is just political grandstanding.

Steve Tsang, director of the China Institute at the London University School of Oriental and African Studies, said neither candidate seeking to be Britain’s next prime minister has articulated a coherent policy on China. The winner is to be announced Sept. 5 after a Conservative Party vote.

“The indications are that (Sunak’s) words on China policy are not based on any kind of a strategy,” Tsang said. “Nor has Truss articulated a proper China strategy, despite being the current foreign secretary.”

China has pushed back against the growing hostility.

“I would like to make it clear to certain British politicians that making irresponsible remarks about China, including hyping the so-called ‘China threat,’ cannot solve one’s own problems,” Foreign Ministry spokesperson Zhao Lijian said after the Sunak-Truss debate.

In the United States, both major political parties have railed against China on the campaign trail, particularly in the Midwest, where Chinese imports are blamed for a loss of manufacturing jobs.

Polling suggests neither China, nor foreign policy in general, is a top-of-mind issue for most U.S. voters. But political strategists believe China is likely to remain a potent political issue in the November U.S. congressional election, as candidates seek to link China to America’s economic challenges.

In Asia, it has been more nuanced.

Japanese voters have become more supportive of a stronger military following the Russian invasion of Ukraine and the heightening tensions over Taiwan.

In the presidential vote in South Korea in March, the candidates differed on how to manage the intensifying rivalry between two important partners, China and the U.S.

South Korean President Yoon Suk Yeol, who narrowly won, vowed to build a stronger alliance with the U.S., while his liberal opponent argued for a balancing act. But since taking office in May, Yoon has avoided upsetting China, an important export market.

He did not meet Pelosi when she came to South Korea from Taiwan, though he spoke to her by phone, and his government has refrained from criticizing the Chinese military moves around the self-governing island.