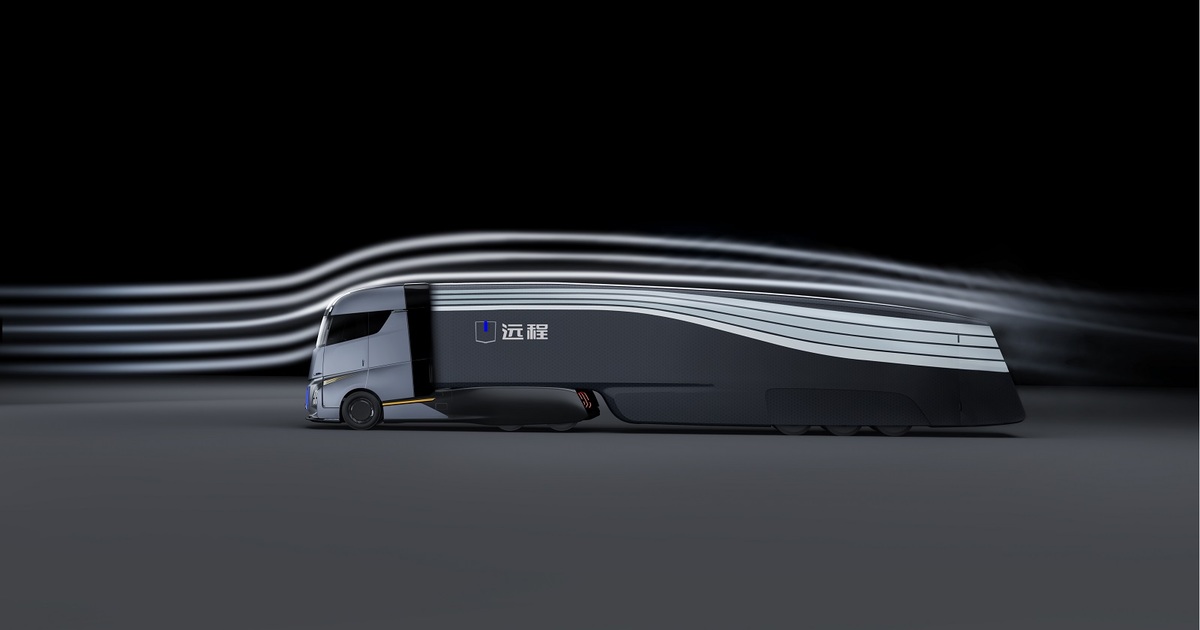 Farizon Auto has unveiled a new generation of electric Homtruck trucks. It is being created for the international market, the model will be supplied to Europe, Korea, Japan and North America.

Homtruck will come in several variants. The developers claim that its platform will allow the use of any type of environmentally friendly drive – from a hybrid with an internal combustion engine on methanol to an all-electric power plant or electric motors with the ability to generate electricity from a compact internal combustion engine. Farizon Auto notes that the batteries can be easily replaced if needed.

In terms of convenience, they said the truck is designed to meet the vital and emotional needs of its drivers. The company notes that semi-trailer drivers often spend more time in their vehicles than at home. The truck has a shower and toilet, a single bed, a refrigerator, a kitchen area and a small washing machine. But, with all this, the interior remains spacious enough.

Homtruck provides for the possibility of self-driving. Also during long journeys, trucks can communicate with each other to maintain safe speed and distance, and use vehicle sensors to analyze traffic data in real time.

The truck received a futuristic design with complex lighting elements. The tractor is equipped with cameras providing a 360-degree view, as well as a fourth level autopilot.

The main competitor of Homtruck – Tesla Semi – will begin to appear en masse on the roads no earlier than the middle of next year, although the first customer of electric tractors, the PepsiCo concern, expects to receive the first copies this fall and winter.

Production and first deliveries are scheduled for early 2024