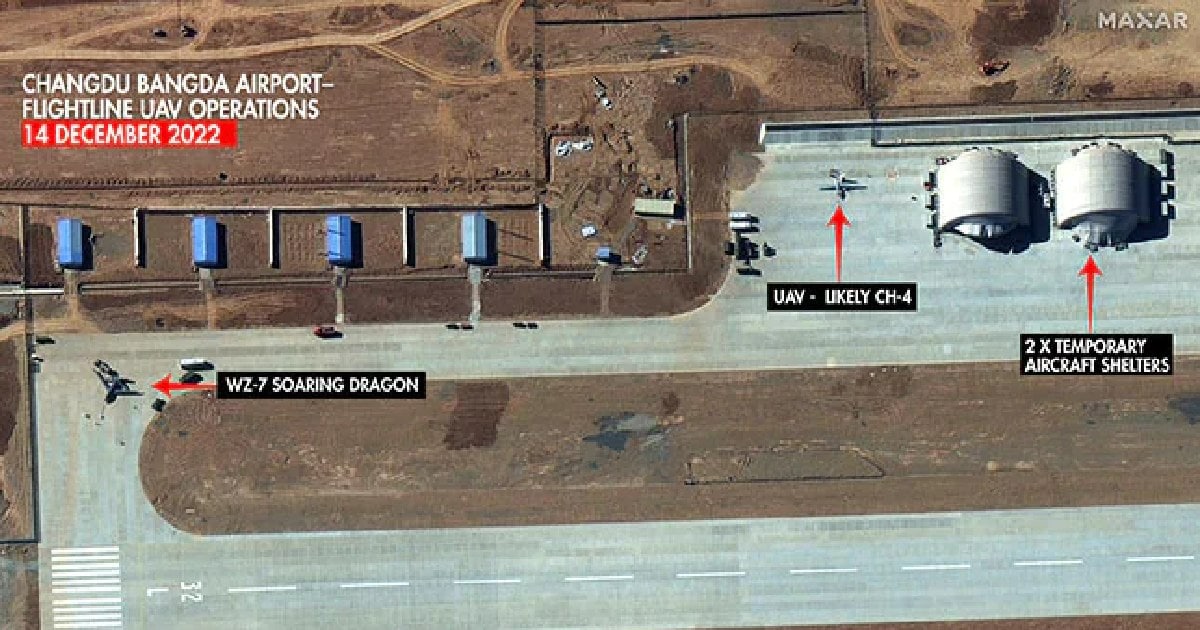 Within days of the clash in Arunachal Pradesh’s Tawang, China has started deploying drones and fighter jets at major airbases in Tibet. Even before this, it has been seen many times that with the situation of tension, China had built bases or deployed fighter jets in the areas adjacent to the border. Something similar has been seen this time as well, where satellite images have captured a large number of fighter jets and drones at the Bangda airbase of China, located 150 km northeast of the Arunachal Pradesh border.

NDTV hands over MAXAR high-resolution photos In which a large number of drones and fighter jets have been suddenly captured in China’s airbase. Of late, China has increased its air activity around Arunachal Pradesh, with the Indian Air Force intercepting Chinese aircraft violating the border on two occasions. Since then, the Indian Air Force (IAF) has been continuously conducting combat air patrols in these areas.

The pictures are purportedly from China’s Bangda airbase, located 150 km northeast of the Arunachal Pradesh border, where a state-of-the-art WZ-7 Soaring Dragon drone equipped with artificial intelligence is seen standing. The drone is a threat to India around the border because it can fly for up to 10 hours non-stop and is designed for espionage, surveillance and survey. This drone can also transmit data.

Two Flanker-type fighter jets can also be seen on the flight line in this December 14 photo of Bangda airbase. These aircraft are Chinese-made variants of the Russian-made Sukhoi SU-30MKI fighter jets flown by the Indian Air Force.

“The platforms seen in satellite images along with other recent reports are long-endurance platforms,” ​​Sim Tak, a leading military analyst with Force Analysis, who closely monitors these setups of the growing Chinese military in the Tibet region, told NDTV. reveal a wide range of weapons that can be used by China to monitor, exhaust and engage Indian movements… Improvements in China’s air warfare capability in this area will certainly bear on the Indian Air Force. will have a big impact on how he positions himself for future threats…”

These military air activities of China increased at a time when there were violent clashes between Chinese and Indian forces in the Yangtse region (Tawang sector) of Arunachal Pradesh, and on 9 December, Indian soldiers tried to capture a post located at a height of Chinese troops. Plans foiled.