China has completed assembling its space station in orbit. Chinese authorities say station is ‘open to all’ 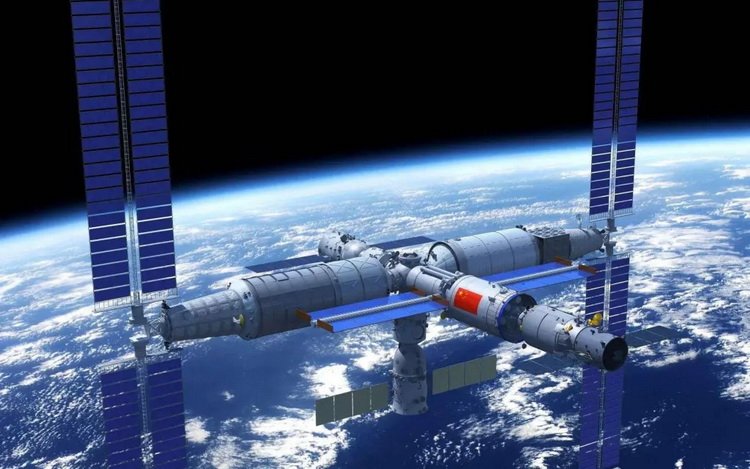 At 09:32 Beijing time (04:32 Moscow time), the Mengtian experimental module successfully completed its move and docked with the side port of the Tianhe main module.

“The move of the Mengtian Experimental Module marks the completion of the in-orbit assembly of the basic configuration of China’s T-shaped space station, a key step towards its construction.”, – said the department in the social network WeChat. In the future, the station will have to undergo functional tests.

Chinese astronauts (members of the Shenzhou-14 crew) are expected to enter the Mengtian module today. At the moment, the Tiangong station consists of the Tianhe base module, the Wentian and Mengtian laboratory modules, as well as the Tianzhou-4 cargo ship and the Shenzhou-14 manned spacecraft.

Commenting on the final assembly of Tiangong, Chinese Foreign Ministry spokesman Zhao Lijian said that the Chinese space station is open to cooperation with all countries, and its task is to promote overall socio-economic development.

“We will continue to make every possible effort for the exploration of outer space and its peaceful exploration, to promote the economic and social development of all countries. We hope that the Chinese space station will soon become a home for all mankind”, he said at a briefing, commenting on the successful launch of the Mengtian laboratory module into orbit.

According to an official representative of the Chinese Foreign Ministry, this project is open to all UN member states. “The launch of the “Mengtian” module was successful. This is a new milestone in the development of China’s manned space flight program, another important contribution to the progress of world space exploration.”, he added.

The Chinese station is located at an altitude of about 400 km and will last more than 10 years. It is designed for three people (up to six for a short time when changing crew). The mass of the T-shaped complex, which has three docking nodes and a gateway for access to space, is 66 tons, the volume of compartments reaches 110 cubic meters. The orbital object is expected to be operational by the end of 2022.