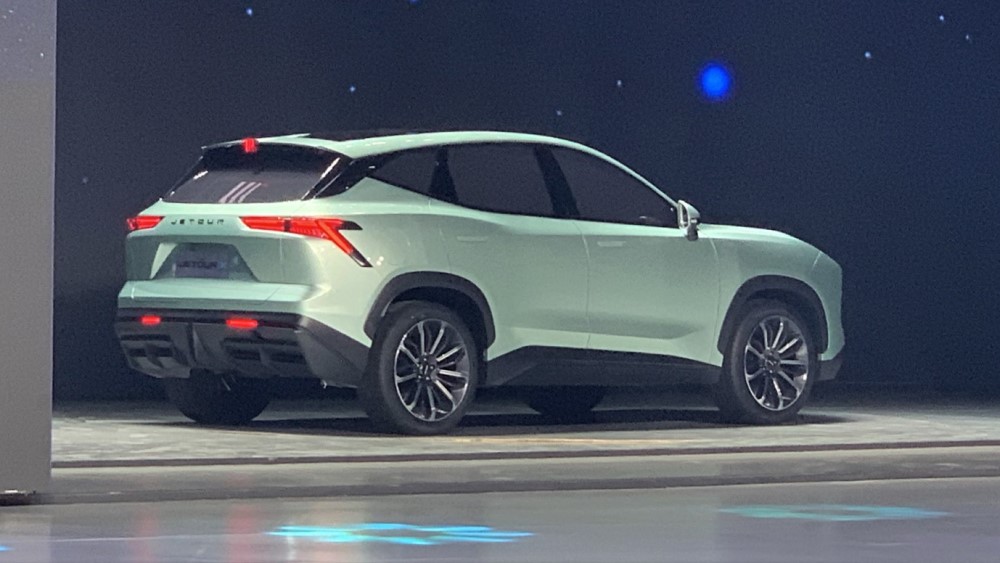 The well-known Chinese company Chery has presented a new futuristic crossover through its Jetour brand, which so far passes under the model number X-1. Until January 1, there is a competition in which those who wish can offer their own version of the name for the car.

The Jetour X-1 is built on a completely new platform called Kunlun, and the car is equipped with Huawei’s L3 self-driving system, which allows the car to drive on its own most of the time, but in an emergency, the driver must take control. The Kunlun architecture will also support the L5 self-driving system, when cars do not need a steering wheel.

The car received a unique radiator grille, which is part of the bumper, and two-level optics. It is reported that we are talking about a rechargeable hybrid. The car will be equipped with a new Kunpeng power plant from Chery. Presumably, we are talking about the same combination that previously debuted in the Chery Tiggo 8 Plus Kunpeng e +. This car has a 1.5-liter turbocharged engine producing 170 hp. and two electric motors. The total power of such a system reaches 462 hp. at 510 Nm of torque.

The release of Jetour X-1 in China is expected next year.