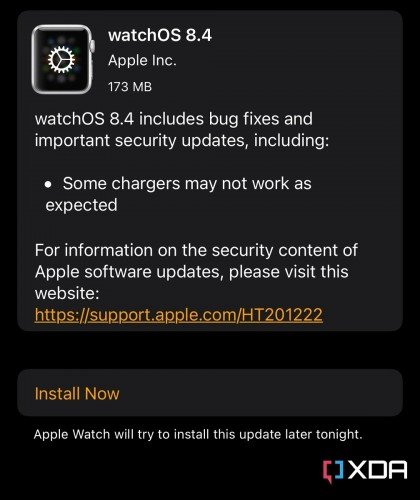 Apple has released watchOS 8.4, which includes security updates and a fix for an issue that caused some Apple Watch models to not charge.

The update is available for Watch Series 3 and later models. It can be downloaded through the Apple Watch app on iPhone using the appropriate menu command.

The source recalls that to install the update, the Apple Watch battery must be at least 50% charged, the watch must be placed on the charger, and also be within reach of the iPhone to which it is connected.

In addition, Apple has released the first beta version of watchOS 8.5.