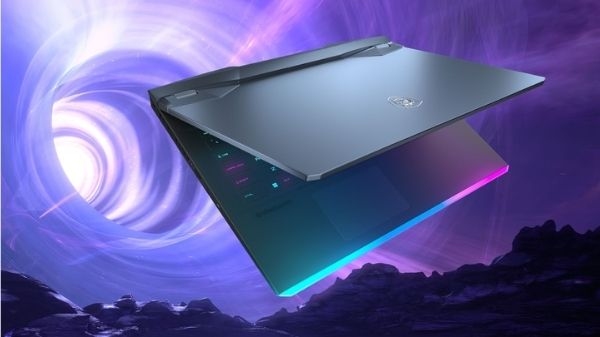 During the CES 2022 presentation, MSI has officially launched the next generation of gaming laptops and ultrabooks, powered by the latest CPUs and GPUs from Intel and NVIDIA. So let’s know about MSI’s presentation which they have announced during CES 2022 (Consumer Electronic Show 2022).

MSI, which has launched several new gaming and other laptops during CES 2022 (Consumer Electronics Show 2022), which we have explained in detail below.

The MSI Stealth G7S7 is the company’s latest and high-performance gaming laptop, which comes with either a 4K resolution display or a QHD resolution panel with a 240Hz refresh rate. The laptop also offers DDR5 RAM and supports technologies like Thunderbolt 4 and WiFi 6E connectivity using Intel killer wired and wireless modems.

MSI Stealth GS77 is powered by 12th Gen Intel Core i9 processor with NVIDIA GeForce RTX 3080 Ti laptop GPU. The device also supports MSI exclusive OverBoost technology, which delivers up to 220W total, which is said to be 13 percent more than the competition.

MSI Raider GE is a desktop-class gaming laptop, which is powered by 12th generation Intel Core i9 processor with RTX 3080 Ti laptop GPU. The laptop comes with PCIe Gen4 SSD along with DDR5 RAM. For performance, the MSI Raider GE comes with either a 1080p 360Hz panel or a 1440p 240Hz panel. The laptop also has a webcam with FHD resolution.

MSI in collaboration with Ubisoft has created a special edition laptop – the Crosshair 15 Rainbow Six Extraction Edition. This laptop comes with a new design with Blue and Green color schemes. The laptop could be equipped with a QHD 240Hz panel.

Performance-wise, it comes with an RTX 3070 Ti laptop GPU with 140W TGP, and like the MSI Raider GE and MSI Stealth GS77, the Crosshair 15 Rainbow Six Extraction Edition is also a ‘meta ready’ laptop.

The MSI Creator 17 and MSI Creator Z16P come with a color-accurate display with 100% DCI-P3 color gamut and a color accuracy of less than 2 Delta-E. Performance-wise, these laptops offer 12th generation Intel Core i9 processor and RTX 3080 Ti laptop GPU, and are also meta-ready laptops. Thus many companies have made new announcements and launches in this tech show.