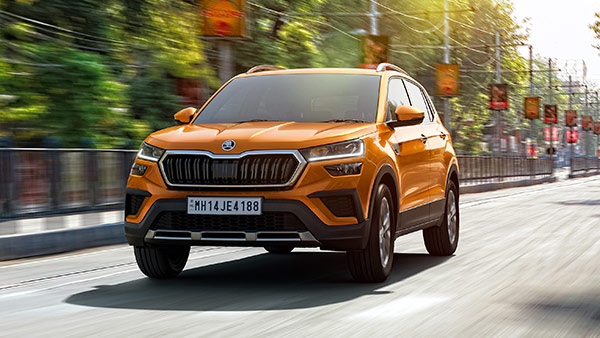 Automotive experts from India and around the world participated in the event. Here the company displayed the achievements of its India made products. Skoda Auto India also lauded the 5-star crash safety rating that the Kushak SUV got in the recently conducted GNCAP crash test.

The event was attended by auto enthusiasts from India, Germany, Slovakia, Ireland, Belgium, France, Austria and the Czech Republic. Skoda Auto India also announced the launch of the Anniversary Edition of the Kushak, which includes model year 2023 updates for both the Kushak and the Slavia.

From January to October this year, Skoda Auto India has recorded its biggest ever year in India with 44,500 cars sold in India. The company has broken all records in Monthly, Quarterly and Sixth Month, showcasing the success of its India 2.0 project and Made-in-India, Made-for-India MQB-A0-IN platform.

The Kushak SUV launched in July 2021 and the Slavia sedan launched in March 2022 are based on this platform and have accelerated the company’s growth and stature in the Indian market. India is now the third largest market for koda after Germany and the Czech Republic and the largest market outside Europe for koda Auto globally.

Last month Kushak has been rated 5-star in both adult and child safety category. It is the only car made in India that has fully met both the parameters. The Kushak is the first made-in-India car to be tested under the new, more stringent GNCAP testing protocol. The GNCAP rating highlights the capability of the MQB-A0-IN platform and Skoda Auto India’s no-compromise strategy on quality and safety.

During 2022, Skoda Auto India not only focused on its products but also carried forward its India 2.0 strategy focusing on rejuvenating its business processes. The company recorded new sales records with Kushak and Slavia. The company also enabled lower maintenance costs for its cars and expanded its network to get closer to the customers. From 175 touchpoints in December 2021, Skoda Auto India has already crossed 220 touchpoints and is on track to touch 250 touchpoints by the end of the year.