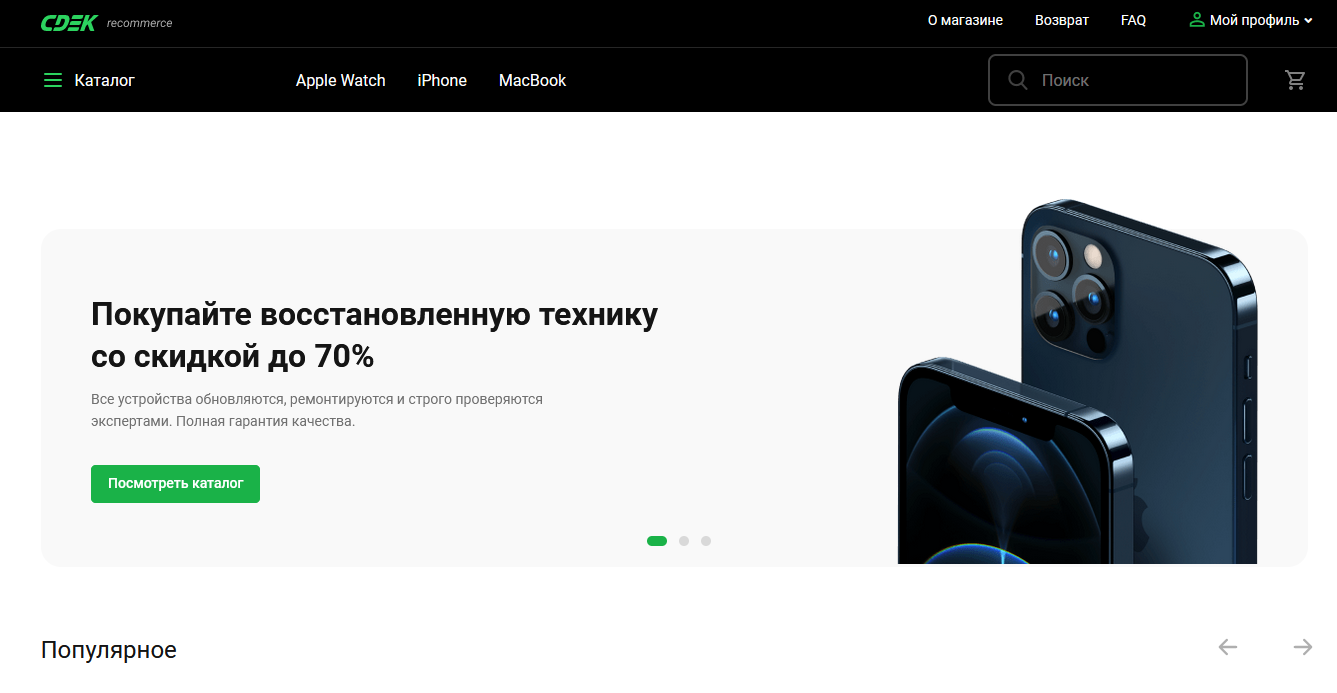 Logistics operator CDEK launched a new service CDEK recommerce, which is engaged in the purchase of remanufactured electronics in the US and Europe. According to the company, we are talking about goods that were returned immediately after purchase or those where there are minor flaws restored after.

At the moment, the platform is offered by Apple technology, including laptops, smartphones and smart watches. In the future, Huawei and Xiaomi solutions will appear there. Then it is planned to expand the list and start selling refurbished clothing, shoes and accessories of the premium segment. The company representative names the brands Louis Vuitton, Chanel, Gucci and Balenciaga.

These goods are purchased on Ebay, Amazon, Backmarket sites in the USA, Japan, Germany, Finland and Singapore. As a result, laptops can be significantly cheaper than new ones – they lose up to 70% in price. But smart watches Apple Watch are cheaper by only a third.

This is not the first such project for the company. Previously, there was already a CDEK Shopping platform, where the operator tried to purchase clothes, but could not provide the required volumes of supplies.

It should be noted that earlier in Svyaznoy, Citylink, M.Video and other stores they began to buy up iPhone and other smartphones for subsequent resale.