Car on Bridge: Stupid or Khatron Ka Khiladi? The car started driving on the bridge, people taught such a lesson 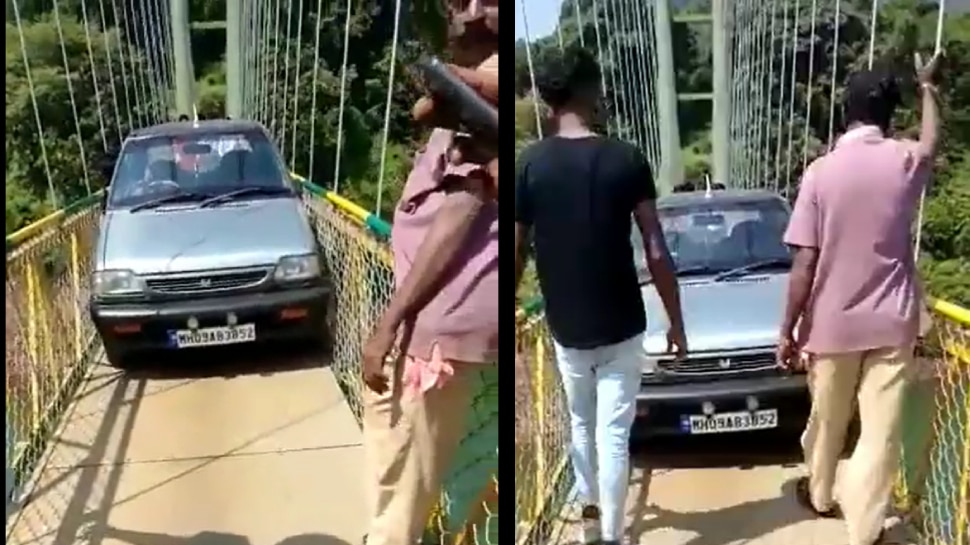 Car on Bridge Viral Video: A video is going viral on social media. In which a car has been seen moving on the suspension bridge. Seeing this stupidity of the car driver, people are expressing their anger on social media.

Maruti Zen on Suspension Bridge: More than 140 people have died after a suspension bridge collapsed in Morbi, Gujarat. After this incident, a video is now going viral on social media. In this video, a car is seen moving on a similar suspension bridge. This bridge was made for pedestrians and its width is also very less. In such a situation, seeing this stupidity of the car driver, people are expressing their anger on social media. This car driver was sent back with the car by the local people teaching a lesson.

The video of the incident is going viral on social media. However, the exact date of the incident is still not clear. It is seen that an old Maruti Zen is present on the suspension bridge. The bridge is at a great height and water is also present below. The bridge is so narrow that the vehicle is narrowly avoided by getting stuck in it. Some youths are present around this car. After this the car is sent back. It is believed that the local people in anger must have returned this vehicle half way.

The incident is being told of Karnataka. It is believed that a group of tourists from Maharashtra may have mounted the car on the suspension bridge. According to reports, the car got stuck in the middle of the bridge when the locals saw it and they were forced to retreat.