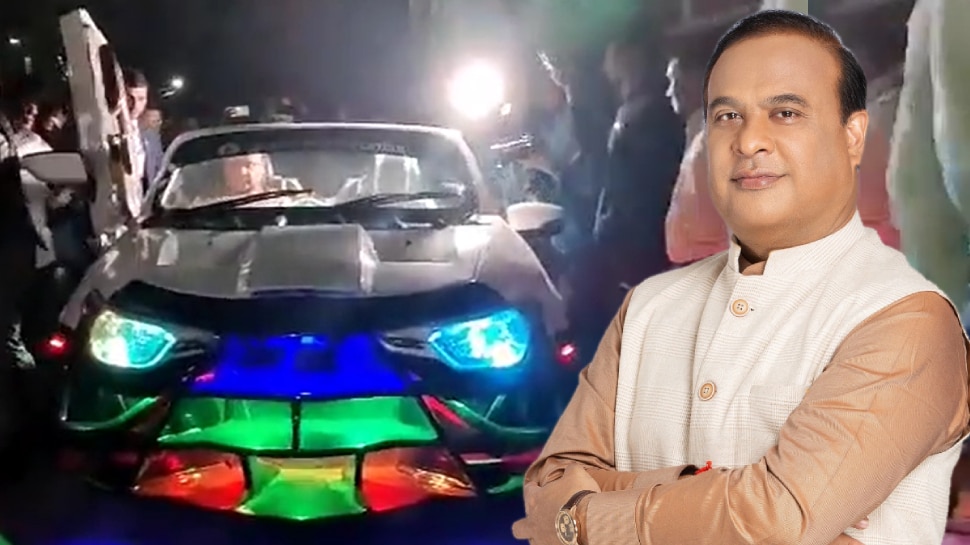 Assam CM Car Gift: A person from Assam has gifted a Lamborghini car made by himself. The Chief Minister himself drove this car and accepted the gift. CM Himant Biswa Sarma’s car driving video is also present on social media.

CM Himanta Biswa Sarma Gets Lamborghini: Assam Chief Minister Himant Biswa Sarma has received a special gift. One of his loved ones has gifted a car like Lamborghini to CM. It is special that this car has been designed by the person himself. The gift-giving young man is a car mechanic by profession. He has prepared this car for only 10 lakh 20 thousand rupees. The Chief Minister himself drove this car and accepted the gift. CM Himant Biswa Sarma’s car driving video is also present on social media.

According to information, Nurul Haq, a resident of Karimganj ( Nurul Haque ) is a car mechanic by profession. He made a car that looked like Lamborghini with his hands for a special CM. Nurul Haq CM Himant Biswa reached Silchar with a white car for Sarma. Nurul has modified Maruti Swift Desire to resemble Lamborghini. CM Himant also accepted the gift and drove this car. People around were also surprised to see this car. It has a lot of bright lights on the front, which are not very attractive at night.

Actually, there was a cabinet meeting of the Government of Assam in Silcher on Maganalwar. During this time, CM Biswa stayed at Sarma Silcher at night. When the Chief Minister came to know about this thinking and discovery of Nurul Haq, CM himself reached Nurul. CM drove himself and crushed this gift. He praised the ability of Nurul Haq and invited him to come to Guwahati with a car.

According to the report, Nurul Haq started designing the car during the lockdown. They have modified this car by spending 10 lakh 20 thousand rupees. Nurul says, it was his dream to gift the car CM and that is the only reason behind making this car.