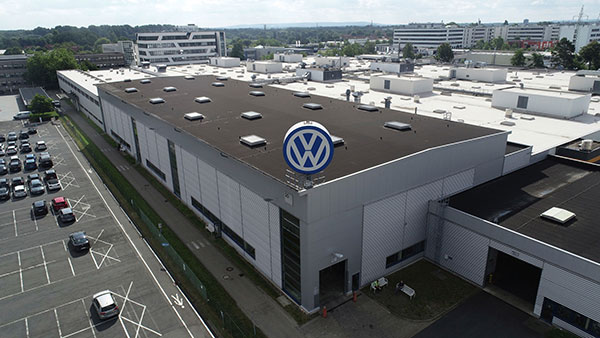 All these companies are working on plans to halt or move manufacturing operations after Russia’s invasion of Ukraine on Friday. Volkswagen said it would suspend production at two German factories for a few days after a delay in parts manufacturing in Ukraine.

Renault says it will suspend some operations at its car assembly plants in Russia next week due to parts shortages disrupting logistics supply. However, it was not clarified whether its supply chain was affected by the conflict.

But a spokesman said the action was a result of reinforced borders between Russia and neighboring countries, through which parts are transported by truck. The automaker is one of the Western companies with exposure to Russia, where it earns 8 percent of its core earnings, according to Citibank.

The company’s Russian unit AvtoVAZ, without naming any countries, said that “blockages are mainly due to tight border controls in transit countries and the forced need to replace many established logistics routes.” Let us tell you that AvtoVAZ is controlled by Renault itself.

Further AvtoVAZ also said that it suspended some assembly lines for a day at a plant in central Russia on Monday, due to persistent global shortages of electronic components. Although AvtoVAZ also did not mention the attack in its statement.

Finnish tire maker Nokian Tires said it was shifting production of some key product lines from Russia to Finland and the United States, to prepare for possible further sanctions after the invasion. Even Ford has not been able to escape from the grip of this war.

According to Ford’s website, Ford Motor has a 50 percent joint venture in Ford Sollers, which has three assembly plants in Russia. Ford said in a statement that it is “deeply concerned” about the situation and will “manage any impact” on its business in real time.

The US automaker also said it would comply with any laws on trade restrictions, but declined to discuss whether Sollers plants were affected. After attacking earlier this week, Russian forces pressed their progress on Friday.

That’s because the missiles hit Kiev and officials said they were gearing up for an attack aimed at overthrowing the government. The United States on Thursday announced broad export sanctions against Russia.

reduced its access to global exports of goods ranging from commercial electronics and computers to semiconductors and aircraft parts. This allows companies to change manufacturing plans or look for alternative supply lines.