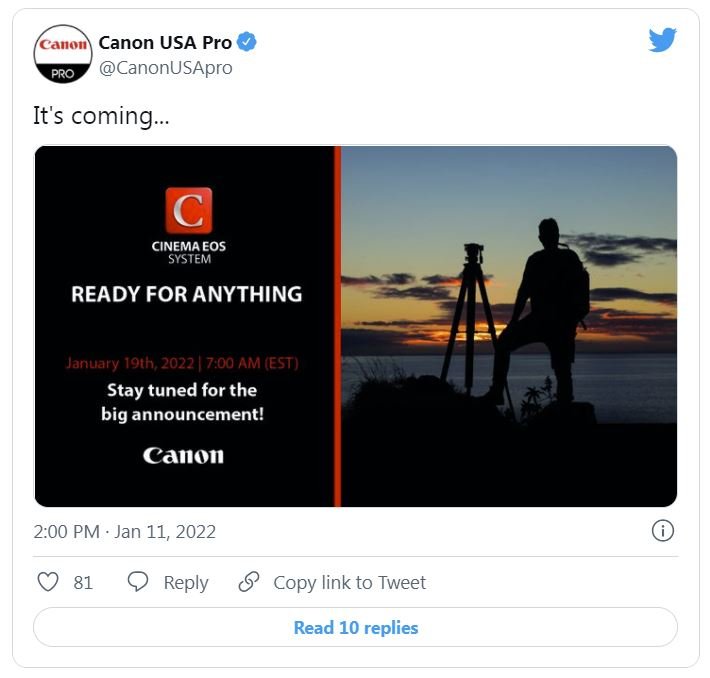 Canon America has announced on social media that the new Cinema EOS camera will be unveiled on January 19, 2022.

The picture posted by the manufacturer confirms that the Cinema EOS system is “ready for anything” and encourages readers to “watch out for the big announcement.” In addition, the picture is accompanied by the comment “it is coming.”

It is hardly worth making predictions based on the published photograph, but if you succumb to the temptation, a rather solid tripod attracts attention. Those who like to look for clues in everything can add to this the word “big” from the text, which will be enough to suggest that the new product will be more of a large camera, and not a variant of the Canon EOS R5, optimized for video shooting, as some rumors claim. It will be possible to find out exactly whether this assumption is justified in exactly one week.