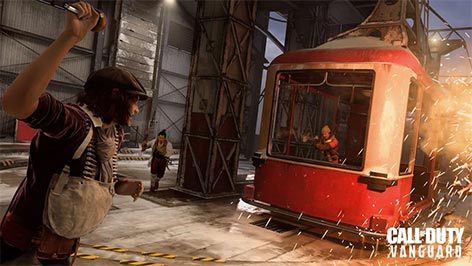 Activision is giving Call of Duty: Vanguard players free access to multiplayer mode for a limited time. During the free access period, the latest Call of Duty title will allow its players to experience the game for free through select multiplayer maps and modes. Call of Duty: Vanguard Season 2 Free Access has received two new maps, as well as a new large-map objective mode set in the Alps. Call of Duty recently announced that Snoop Dogg would be available as a special operator in its Vanguard, Warzone and Mobile titles.

a blog post Via Activision has announced that Call of Duty: Vanguard is offering players free multiplayer access for two weeks from March 30 to April 13. The free access period will be limited to multiplayer mode and Season 2 will include two new maps named Casablanca and Gondola. The former includes a mid-sized, three lane map designed to engage players in close and long range strategy. The gondola, on the other hand, is also a mid-sized, three-lane map, but designed with close combat in mind.

A new large-map objective mode set in the Alps will be available to players during free access to Call of Duty: Vanguard. In the new mode all the targets have to be captured to win the match. The map will also include some buy stations where players can buy weapons, devices, killstrike, field upgrades, and custom loadouts.

In addition, Call of Duty: Vanguard Free Access includes a multiplayer playlist that includes maps such as Shipment, Das Haus, Hotel Royale, Dome, and Radar. These maps can be played in Domination, Control and Hardpoint modes.

Last week, Activision announced that Call of Duty: Vanguard, Call of Duty: Warzone, and Call of Duty: Mobile players would get Snoop Dogg as a special operator. The wrapper and its attractive accessories will be available to players through a lucky draw starting April 1.