BYD Atto 3 with 420 KM range will be launched in India on this day, will be equipped with many great features 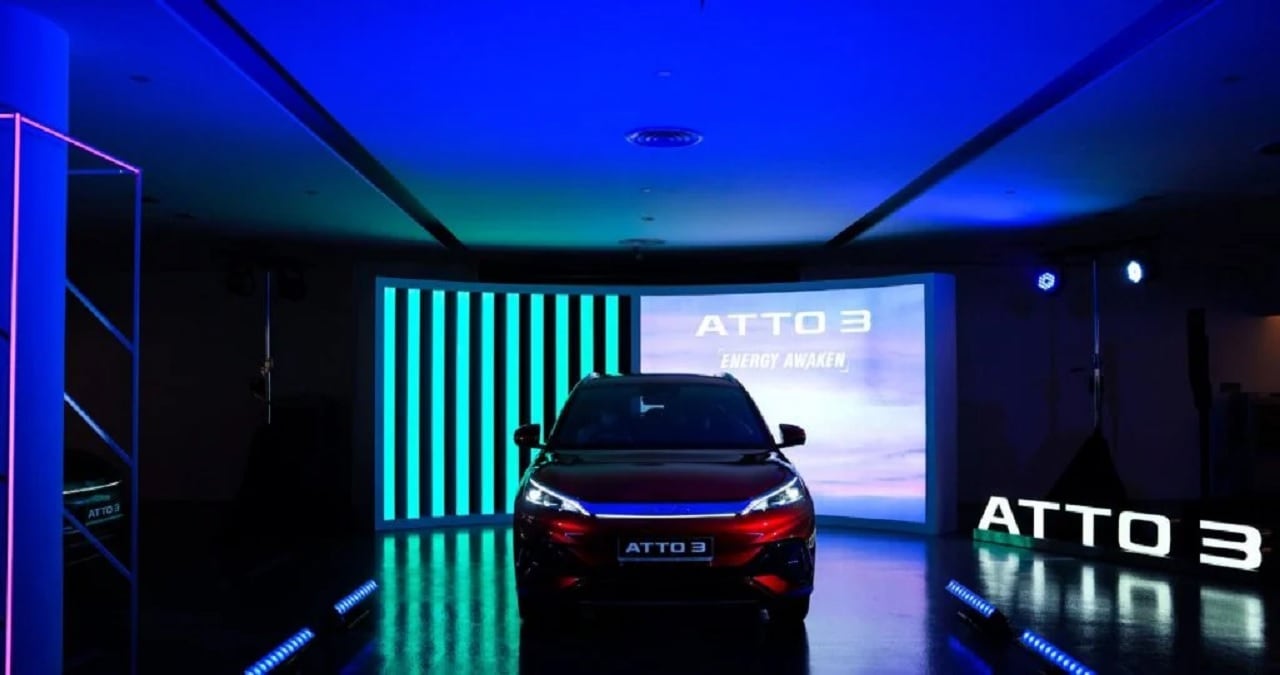 The BYD Atto 3 electric car is reportedly set to launch in India on October 11. This will be the company’s second EV in the country after the BYD e6. The company has already been selling this electric car in some countries. The Atto 3 EV is a car longer than 4 meters, which claims to run up to 420 km on a single charge. There are two battery pack options available in this and the electric car can be fully charged in 45 minutes. It has been said about the speed that it can catch the speed of 0 to 100 kilometers per hour in 7.3 seconds.

of ZigWheels according BYD is about to launch its latest electric car Atto 3 in India on 11 October. At present, the price of this car has not been officially announced, but the report says that the company will launch this car in the country at an initial price of around Rs 30 lakh. With this price, the Atto 3 will compete directly with the MG ZS EV and the Hyundai Kona Electric. However, BYD’s upcoming car is longer than both these cars, that is, 4.5 meters.

For those who don’t know, the BYD Atto 3 comes with premium features such as blind spot monitoring, autonomous emergency braking, lane assistance, departure warning, front and rear collision warning, rear cross traffic alert and rear cross traffic braking. . Apart from this, a 12.8-inch touchscreen will also be seen in this latest electric SUV of this company. The display will also have a rotation feature so that it can be adjusted according to the convenience.

This EV is already present in the international markets and it comes with two battery pack options – 49.92kWh and 60.48kWh. In India too, this electric car can be offered in these two options. Both these battery packs have a full charge range of 345 km and 420 km (WLTP cycles) respectively. Atto 3 EV can be fully charged in 45 minutes. It has been said about the speed that it can catch the speed of 0 to 100 kilometers per hour in 7.3 seconds.