BYD Atto 3 electric SUV that runs 512KM on a single charge gets top rating in safety test! Book in India for 50 thousand 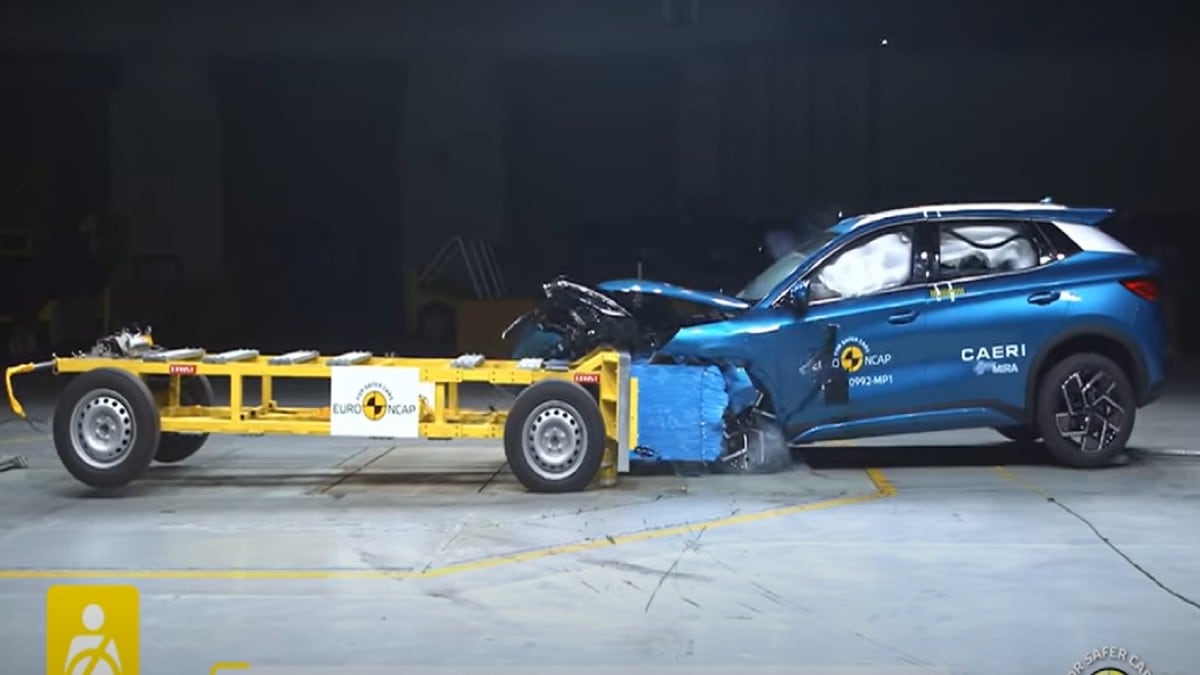 BYD Atto 3 has got tremendous ratings in car safety tests. BYD Atto 3 is an electric SUV made by Chinese car maker BYD. It is a 5-door electric vehicle for which Euro NCAP has recently conducted a car safety test. The EV has performed extremely well in tests and both its drive models have got this rating. BYD Recently introduced this SUV in India. Its launch in the country is scheduled for November 2022.

The BYD Atto 3 electric SUV has been rated 5 stars in a car safety test conducted by Euro NCAP. This rating has been given for both its variants, left hand drive and right hand drive configuration. Like the Global NCAP, the Euro NCAP has tested its base Active trim. Many in SUV Attractive Features Huh. It gets 7 airbags which include a central front airbag and seat belt pretensioner. Along with this, features like ISOFIX Anchorage and ADAS have also been given in it. ADAS includes Emergency Braking, Lane Keep Assist and Speed ​​Assist System etc. All these features are also being given in its India spec model.

Talking about the test results, the car has got 91% rating in its adult protection category. In this, the vehicle is tested on 38 types of points, out of which it has scored 34.7 points. The SUV performed well in the Offset Barrier Test and the Full Width Rigid Barrier Test, ensuring the safety of both the driver and the passenger. The car also proved to be safe in the case of side impacts but in the side pole test it proved to be a bit weak for the driver’s chest area.

BYD e6 MPV Of launch After this, the company’s second model is going to be launched in India. The company has not yet announced the price for the car. Its price is also to be disclosed by the company in November. However, the company has started bookings for the car. The car can be booked with token money of Rs 50,000. The car has state-of-the-art features and it is being said that it Tata Motors can give a tough competition. The company will start the delivery of its first 500 units in January, it is said.