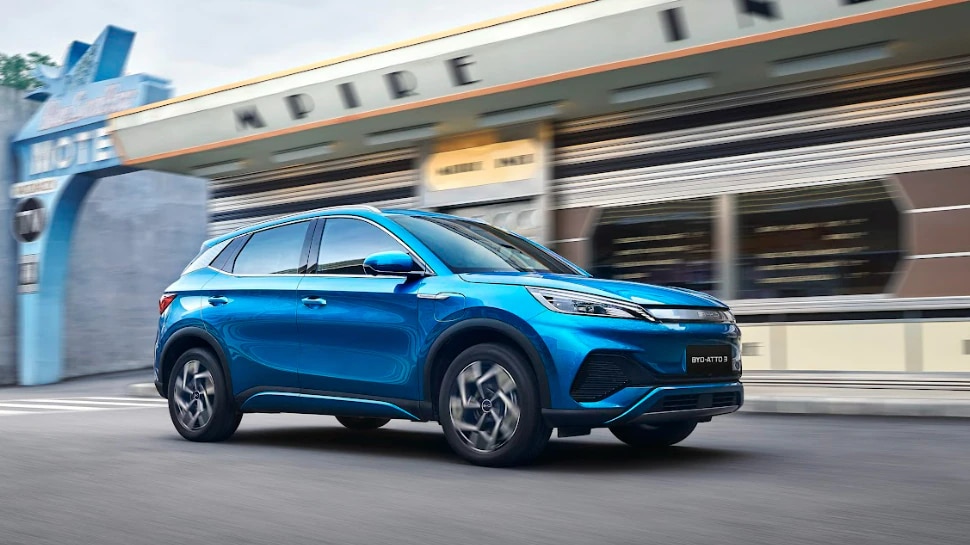 BYD Atto 3 launch in India: BYD has launched its electric SUV BYD Atto 3 in India. The company has so far received around 1,500 bookings for the Atto 3 electric SUV. It will compete with the Hyundai KONA and MG ZS EV in India.

BYD Atto 3 Price and Range: China’s electric vehicle manufacturer BYD has launched its electric SUV BYD Atto 3 in India. The price of this electric car has been kept at Rs 34 lakh (ex-showroom). The company has so far received around 1,500 bookings for the Atto 3 electric SUV. BYD had introduced the Atto 3 electric SUV earlier last month and bookings for it opened from 11 October. Customers can book this SUV for 50 thousand rupees. The deliveries of the electric SUV will start from January next year. In India, it will compete with the Hyundai KONA and the MG ZS EV.

Full charge range of 521KM In the
BYD Atto 3 electric SUV, you are going to get an ARAI certified 521 KM range. It has a battery pack of 60.48kwh. Its motor generates power of 201bph and torque of 310Nm. The company claims that Blade Battery Technology has been used in the vehicle, which has very less chance of catching fire.

It can achieve the speed of 0 to 100Kmph in just 7.3 seconds. It can be charged from 0 to 80 percent charge in 50 minutes through DC fast charger. Level 2 ADAS system has been given in the car.