Buying Property: If you are going to buy property in Ghaziabad, then circle rate will increase from August 8 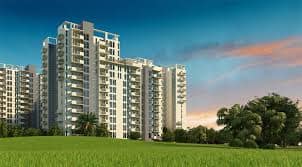 Buying New Property in Ghaziabad : Buying new property is now going to be expensive and expensive in Ghaziabad of Delhi-NCR. Let us tell you that the Ghaziabad district administration has decided to increase the circle rate. There will be a registry of properties in the district from August 8 according to the new circle rate.

These areas will be expensive
Buying land, houses, shops and flats is more expensive in many areas including Kaushambi, Vaishali, Indirapuram, Vasundhara, Kavinagar, Nehru Nagar, Crossing Republic and Rajnagar Extension of Ghaziabad. Will be done. Ghaziabad District Administration has issued a new circle rate after 6 years. After this, now the rate of registry of property in the district will increase from 8 to 22 percent.

New rates will be fixed like this
Ghaziabad district is divided into 8 circles. In this, rates have been fixed according to the location and population of the colonies. Circle rates are fixed in 3 categories. The first is on the side of the 9 meter wide road, the second along the 9 meter to 18 meter wide road and the third along the road more than 18 meter wide. The highest rate is for the roadside property more than 18 meters wide.