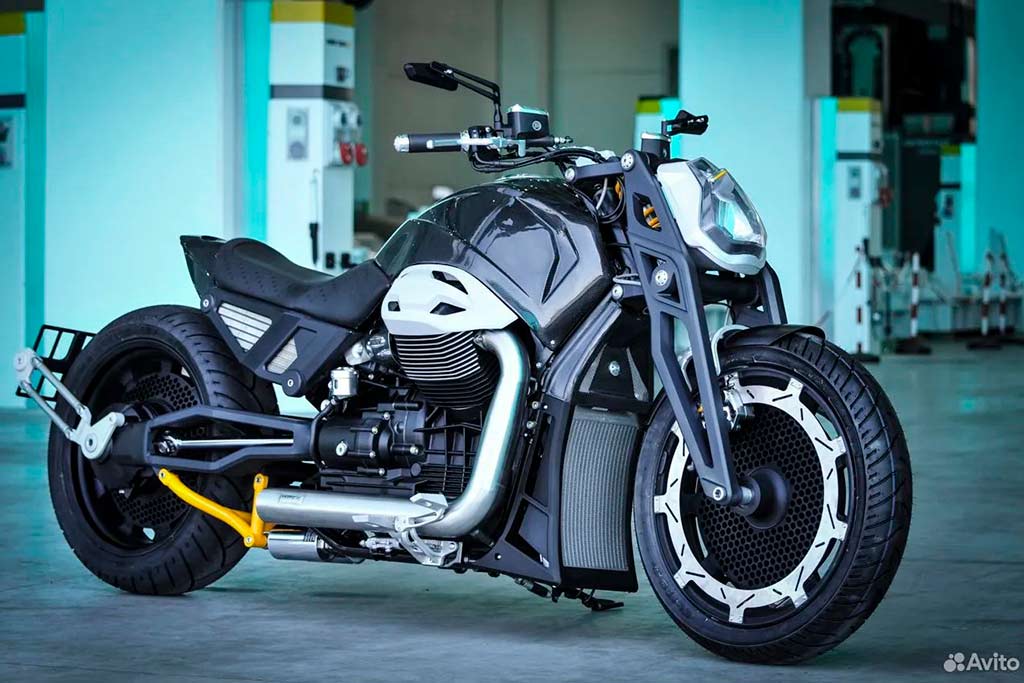 According to Avtovoz, buyers of Russian Monomakh motorcycles will receive shares of a manufacturing company called Russian Motorcycle as a gift.

We have already reported that such motorcycles are available for pre-order at Avito Auto for 6 million rubles. Now it has become known that for this money, buyers will receive not only motorcycles, but also 0.25% of the company’s shares. The announcement says that the average return on shares is 30-40% per annum.

According to this model, 10 motorcycles will be sold. These 10 people will receive a motorcycle, become shareholders, and will also be able to get acquainted with the creators of Monomakh. We have to admit that the marketing campaign around the model is quite original.

The highlight of the model is a two-cylinder V-engine (a quarter of the V8 engine of the Aurus car) – a power unit developed by US together with Porsche Engineering and Ricardo, with a distributed injection system and turbocharging.

Monomakh was designed on the basis of the Lvpvs Alpha 2015 prototype with the participation of specialists from the Italian Officina Rossopuro and Walter Tosto.

The Italian Filippo Barbicane, co-designer of the Bugatti Veyron, worked on the appearance of the motorcycle.