Buy these hatchback cars for just 4 lakhs, get 32km mileage 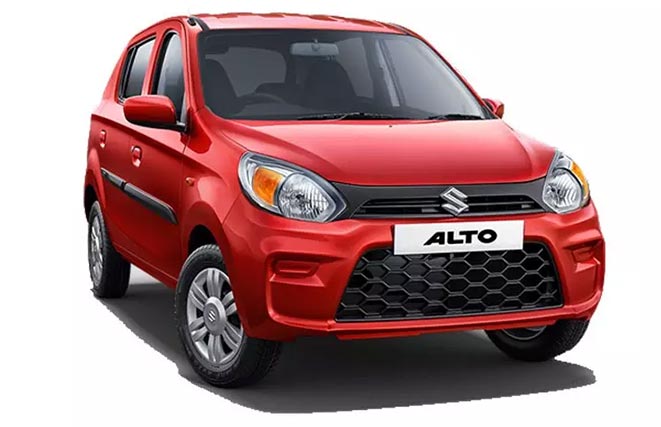 Cars Under 4 Lakh: If you want to buy a car, and your budget is very less, then we have the solution for your problem. We have brought for you a list of some such mini cars available in the market, by buying which you not only become free from the worry of mileage, but also there is no effect on the budget. Let us explain its details in detail:

The price of Datsun redi-GO is currently fixed in the range of Rs 3.83 Lakh to Rs 4.95 Lakh (ex-showroom Delhi). This car is offered in 6 variants D, A, T, T(O), T(O) and T(O) AMT. This mini hatchback is equipped with two petrol engine 0.8-litre unit, which generates 54PS of power and 72Nm of torque. Apart from this, a 1.0-litre unit has also been given in this car, which generates 69PS of power and 91Nm of torque. Both the engines are mated to a 5-speed manual transmission, but only the 1.0-litre petrol engine gets the option of a 5-speed AMT. This Datsun car gives mileage of 21-22 km/l.

The second car on the list is the Maruti Alto, which has been priced from Rs 3.25 lakh to Rs 4.95 lakh (ex-showroom Delhi). The Maruti Alto variant is offered in three trims STD, L and V. Notably, the L trim comes with an optional CNG kit. While the Alto has a 0.8-litre 3-cylinder petrol engine, which is mated to a 5-speed manual transmission.

Priced at Rs 3.85 lakh to Rs 5.56 lakh (ex-showroom Delhi), Maruti S-Presso is offered in three trims STD, LXi and VXi. However, the company also offers an optional CNG kit with the latter two variants. The Maruti S-Presso gets a 1-litre petrol engine (68PS/90Nm), which is mated to a 5-speed manual as standard and an optional 5-speed AMT. Talking about the mileage of Maruti S-Presso, it is capable of giving a mileage of up to 31.2 km/kg.