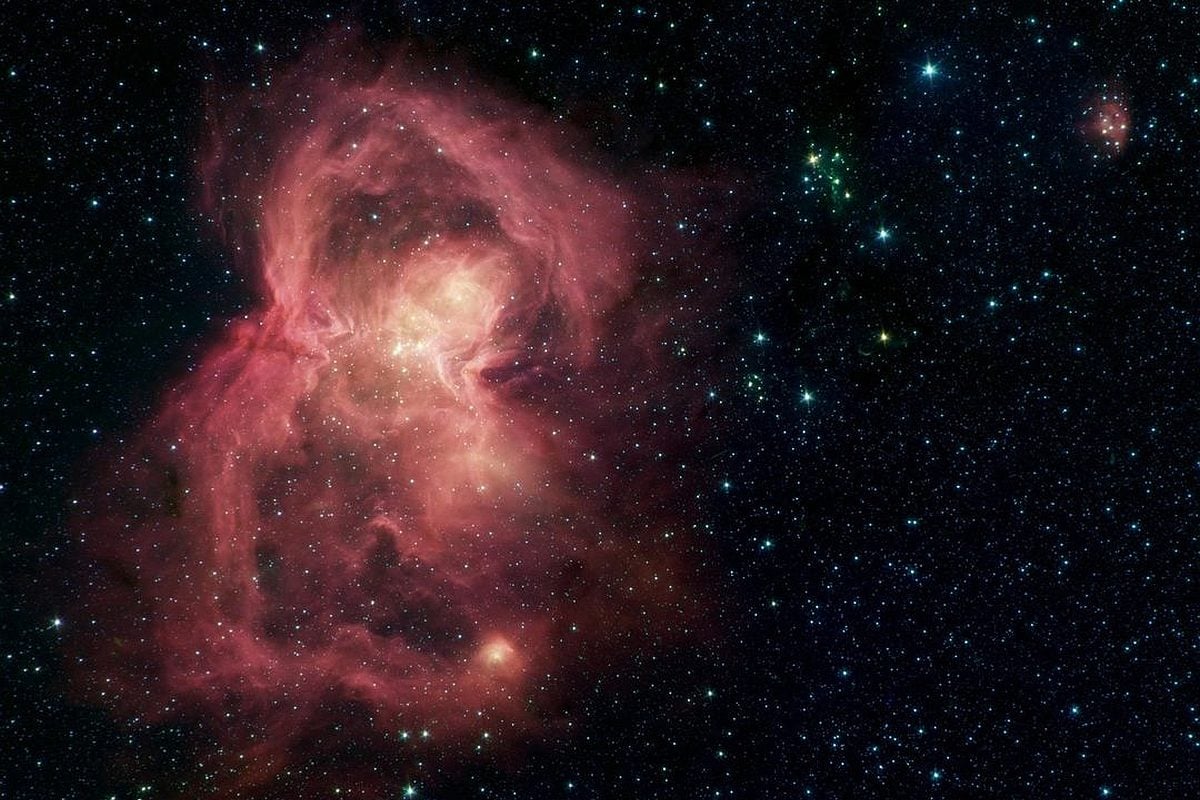 The Spitzer Space Telescope (Spitzer Space Telescope) of the US space agency has captured a spectacular picture, exploring the visible patches in the sky. This image has been posted by NASA on social media. In this, we can see the Cosmic Cloud in an infrared image. However, one thing is to be noted here. Actually, this image is of a group of ‘baby stars’, which is a nebula of new stars. This image shows giant red clouds of gas and dust, where new stars can form. The cloud seen in the NASA image looks like a butterfly.

This picture also shows the process happening in the nebula. According to NASA, this nebula explains how the formation of stars ends the same clouds, which help them to form. Inside these huge clouds of gas and dust present in space, the force of gravity pulls the materials. Because of this, stars are helped to form. In this picture shared by NASA, there are not one, but two star clusters.

The US space agency had recently also explained about the movements in the Sun. Recently, NASA told on its Instagram page that on March 30, 2022, a very strong glow came from the Sun. It was at its peak by noon. This was followed by a moderate movement and recorded. The movement in the Sun was captured by our Solar Dynamics Observatory. It constantly observes the Sun and covers the events taking place in it.

In addition, the European Space Agency’s (ESA) Solar Orbiter captured a high-resolution image of the Sun during its close-up flight. Solar Orbiter has captured a full disk image of the Sun along with its atmosphere and corona. On March 7, this orbiter was just 75 million kilometers from the Sun. It is half the distance from the Earth to the Sun. Solar Orbiter captured 25 images in approximately 10 minutes of exposure using its Extreme Ultraviolet Imager (EUI). Scientists combined all the pictures into a mosaic to make a full image. The final image has more than 83 million pixels. You can understand it in such a way that its resolution is 10 times better than 4K TV screen.