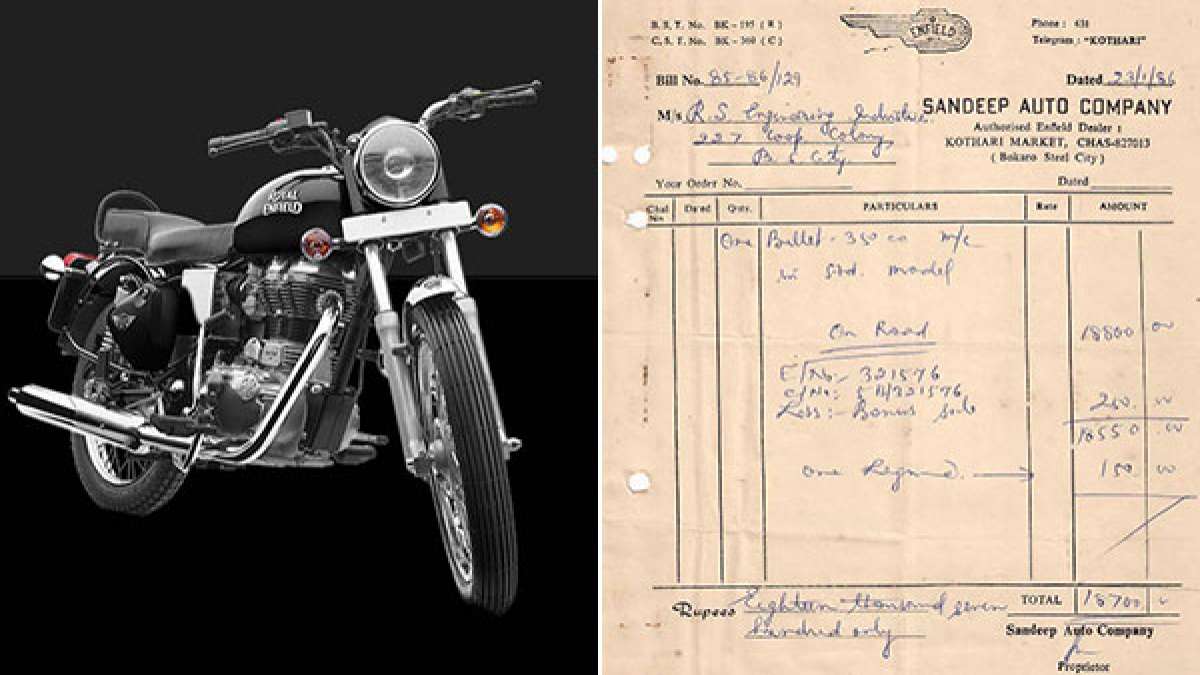 Royal Enfield’s Bullet has always been a popular bike in India. In the 1970s and 1980s, when only a handful of bikes were being sold in India, the Royal Enfield Bullet had a distinct charm. This bike was very much liked by the people for its power and strong looks. Today the price of this bike is more than 1.50 lakh rupees, but there was a time when this bike was available for 19 thousand rupees.

This bill has been shared by the Instagram page named royalenfield_4567k. The caption of this post read, “Royal Enfield 350cc in 1986.”

It can be seen that the bill is dated January 23, 1986, which was purchased from an authorized Royal Enfield dealer located at Kothari Market, Bokaro Steel City (Jharkhand). According to Bill, the on-road price of the Bullet at that time was Rs 18,800, which was sold for Rs 18,700 after a discount of Rs 250.

Bullet’s 36 year old bill is becoming very viral on social media. Social media users are giving their reactions on this picture. Users are commenting that their old memories got refreshed. One user wrote that in this much the wheels of the bike come.

Let us tell you that Royal Enfield is still selling its iconic bike Bullet 350. Although, this bike has changed a lot with time but the thrill of riding it is still available like the old Bullet.