Bugatti 9.0 foldable e-scooter launched with a range of 35km on a single charge, know the price 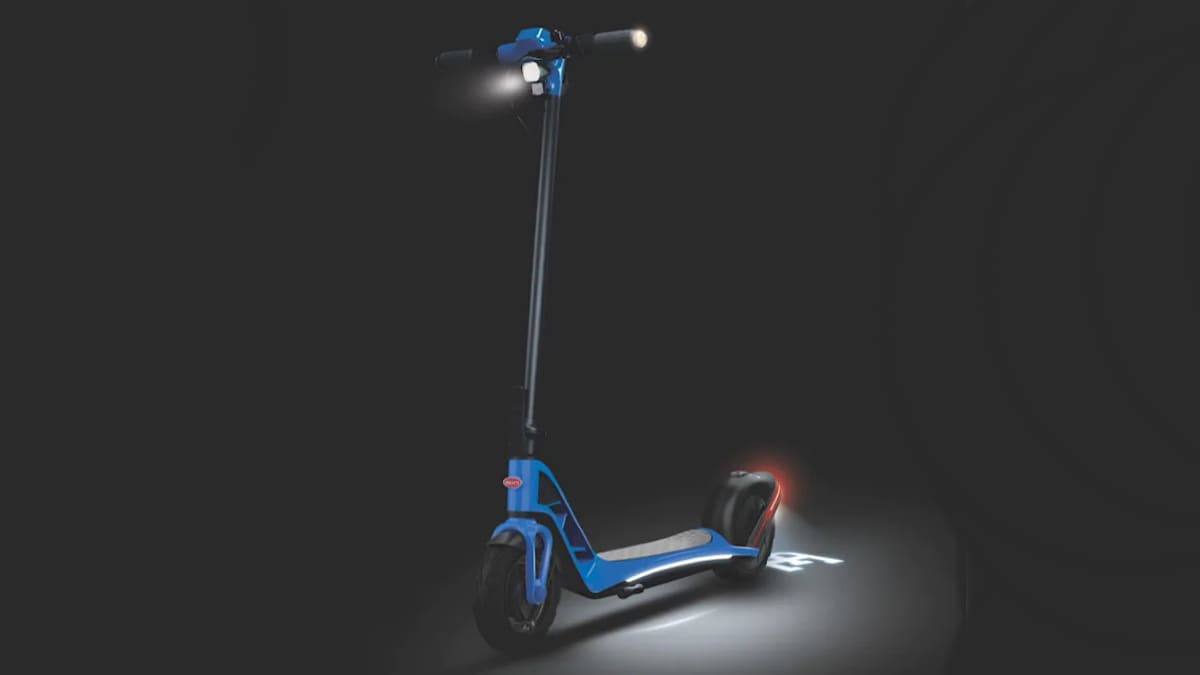 Luxury car maker Bugatti’s electric scooter Bugatti 9.0 has been launched in the market. This is the first electric scooter from Bugatti which is a kick start scooter. It has a speed of 30km/h and is foldable in design, that is, the scooter can be folded and carried in a car etc. The Bugatti 9.0 has a range of 35km. The scooter is very light in weight and its weight is said to be less than 16kg. The company has launched this scooter in partnership with electronic accessory maker Bytech.

The price of Bugatti 9.0 is $ 1200 (approximately Rs. 95000). The company has launched it in three colors with the option of Silver, Black and Agile Blue variants. Scooter to Bugatti Scooters Website can be purchased from

The Bugatti 9.0 is the company’s first electric two-wheeler. As mentioned earlier, the scooter is quite light in weight and weighs less than 16kg. It is shiny to look at and comes with a foldable feature. The frame of the scooter is made of magnesium alloy. The EV also gets headlights, tail-lights and turn signals at the front and rear. Deck lighting is also provided at the rear. A monogram has been given in its rear which is visible through beam lighting. This is the EB monogram.

The Bugatti 9.0 electric scooter also gets an LED display for digital information including ride information, notifications and battery capacity as well as range. The accessories included with the scooter also include its charger through which it can be charged. The scooter is fitted with 9 inch tires and suspension system is not available. This EV comes with dual brakes. It gets handbrake at the front while electronic ABS is supported in the rear.