BSF’s women’s motorcycle team will tour the country, will travel 5,280 km by bike 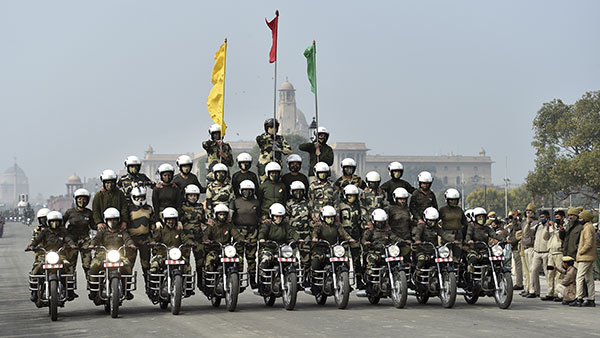 Bhavani Squad will cover 5,280 kms passing through major cities across the country. Giving the message of women empowerment, this motorcycle squad will go to Kanyakumari. This squad will tour India under the supervision of Inspector Himanshu Sirohi.

Yatra will end in Kanyakumari

Will cover a distance of 290Km per day

To extend its support, BSF has set up its centers at major stops. Explain that there is a plan to cover the distance from 200 km per day to 290 km per day. This squad also has team captains and different members. Women from all corners of India have been included in the motorcycle squad. For the first time in the country, a program of this type of country tour of women bikers is being organized.

BSF Seema Bhavani Women Motorcycle Team was formed in 2016. After which this team has demonstrated its ability many times. This team has shown its performance in the Rajpath Republic Day Parade of the year 2018 and 2020.