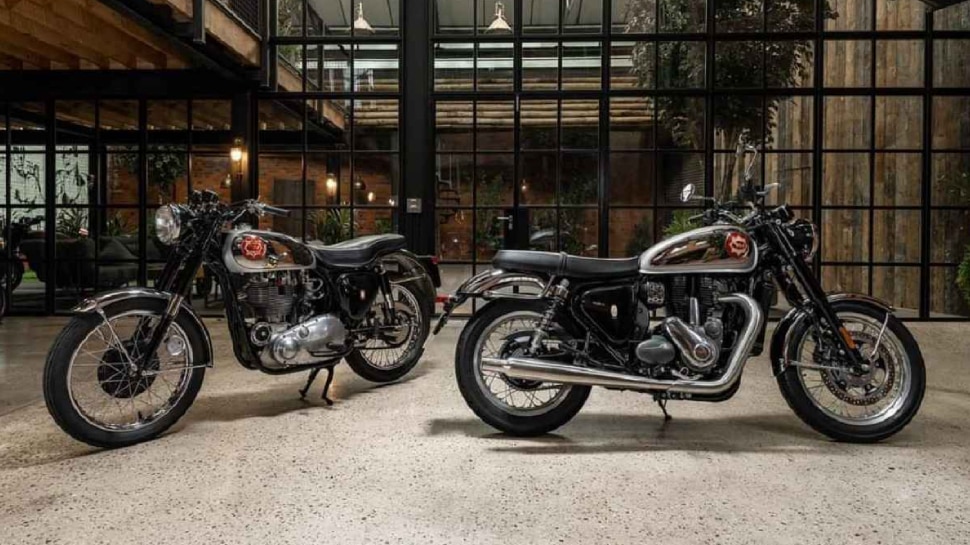 BSA Gold Star 650 India Launch: Unveiled for the first time in December 2021, the BSA Gold Star 650 retro-styled motorcycle is already on sale in the UK and European markets. Now, the company has confirmed that it will be released worldwide from 2023. It is likely to arrive in India around March 2023. The model costs £6500 (approximately Rs 6.23 lakh) in the UK. However, if it is locally produced, its price in India can be kept around 2.9 lakh rupees. Here it will compete with bikes like Royal Enfield Interceptor 650 and Kawasaki Z650RS.

The BSA Gold Star 650 gets a 652cc 4-valve, liquid-cooled engine with DOHC setup. It generates 45bhp power at 6,000rpm and 55Nm of torque at 4,000rpm. It comes with a 5-speed gearbox. The new BSA bike is built on a tubular steel, dual-cradle frame and its design is similar to the original BSA Gold Stars. It gets teardrop shaped fuel tank and reverse sweep instruments. Halogen headlamps and LED taillamps have been given in the bike.

The retro-bike gets 18-inch front and 17-inch rear wheels. It comes with Pirelli Phantom Sportscomp tyres. It gets a twin-pod analog speedometer and tachometer with LCD multi-functional display, a handlebar-mounted USB charger and slipper clutch. Talking about the suspension, it gets 41mm telescopic forks and twin rear shock absorbers.

Talking about braking, Brembo calipers are available with single disc at the front and brake at the rear. It comes with dual channel ABS (Anti-Lock Braking System). The Gold Star comes with a fuel tank capacity of 12-litres. Its weight is 213 kg.