Broken iPhones looted the gathering in the ‘Fashion Market’! did such use; stunned people 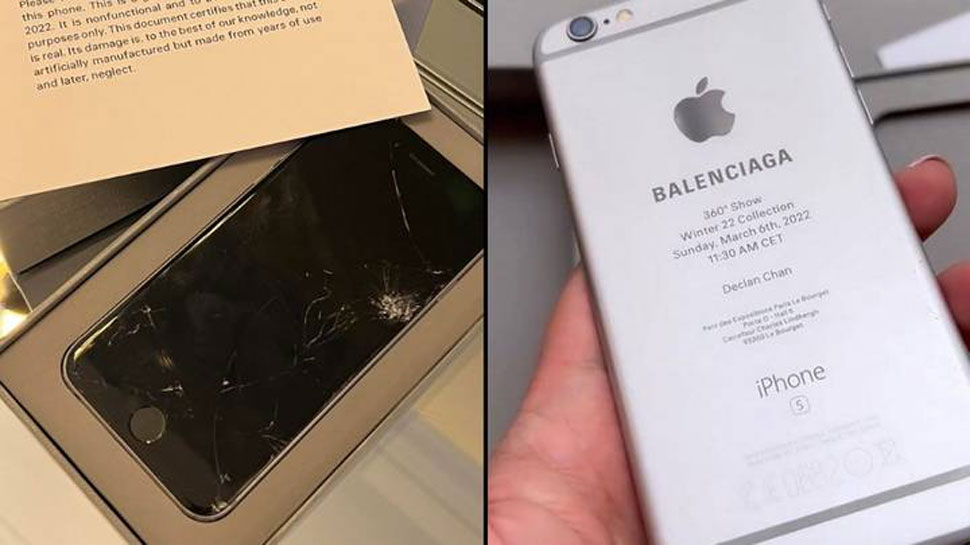 New Delhi. One of the top fashion brands in the world, Balenciaga has recently done a heart-wrenching job. Broken iPhones have been used for the Paris Fashion Week being held in Paris city of France. This move of Balenciaga has won the hearts of the fans. Let’s know about it.

Let us tell you that at present, Paris Fashion Week is going on in Paris, in which different fashion houses hold fashion shows to showcase and promote their collections. According to a report in DailyMail, people who have been invited by Balenciaga for his shows have been sent invitation cards not on paper or online but on broken iPhones.

These important things were written in the invitation

He has also written in the invitation that these iPhones do not work and are being used only for display. Balenciaga has stated that to the best of his knowledge, not every iPhone used for this invitation was artificially made, but was used for years and then removed.

Photos and videos of this invitation of this fashion house are also being shared a lot online.