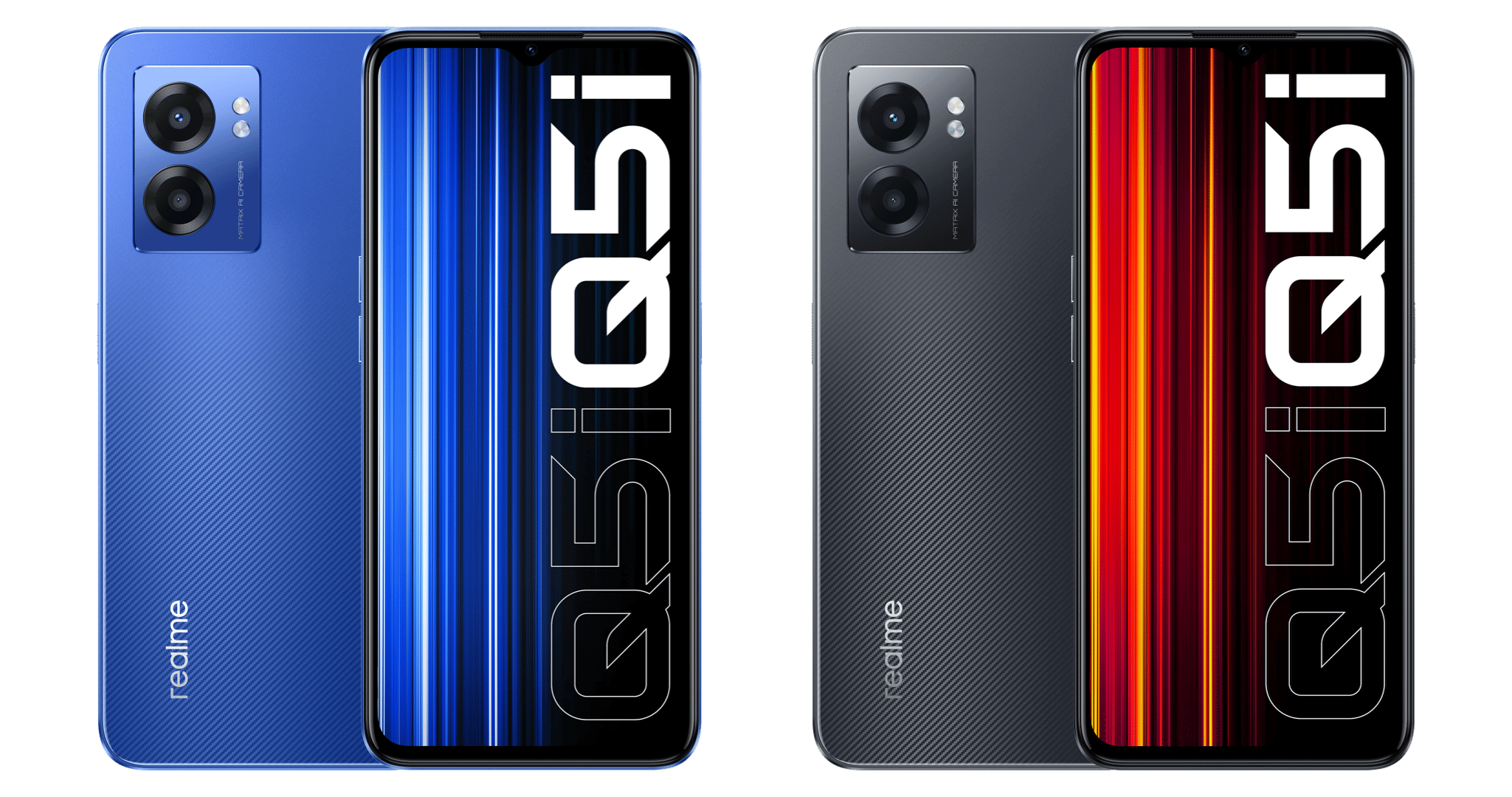 Realme has unveiled the new Realme Q5i smartphone, which features a high refresh rate display and a large battery with fast charging for less than $200.

The smartphone is based on the MediaTek Dimensity 810 5G single-chip system, it received 4 or 6 GB of LPDDR4x RAM, as well as 128 GB of UFS 2.2 flash memory and a microSD memory card slot. The device offers up to 5 GB of virtual RAM. The phone runs Android 12 operating system with Realme 3.0 UI.

Realme Q5i is equipped with a 5000mAh battery that supports 33W fast charging. The device has a thickness of 8.1 mm and weighs about 190 grams. The phone also has a side-mounted fingerprint scanner.

Realme Q5i went on sale in China in two variants. The 4/128 GB version costs $188, while the 6/128 GB version is priced at $204. The device comes in two colors such as Obsidian Blue and Graphite Black.