Both these Honda bikes failed in front of Royal Enfield Hunter 350, so much sales were done in just one month! 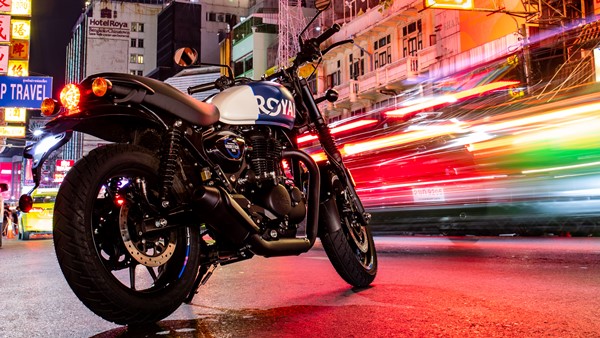 However, it fell short of the Royal Enfield Classic 350, which remained the company’s best-selling model with 25,571 units sold in September this year. Royal Enfield Hunter 350 is the newest contender in its segment. The Hunter 350 deliveries began on August 10, and is priced at Rs 1.49 lakh, ex-showroom.

The Hunter uses a 349 cc single-cylinder engine that produces 20.2 Bhp of maximum power and 27 Nm of peak torque. A 5-speed gearbox has been used in the Hunter 350. This bike has 17-inch alloy wheels. The Hunter is built on the J platform, which is also used in the Classic 350 and the Meteor 350.

Both the bikes are powered by a 348cc single cylinder engine that produces 20.7 bhp of power and 30 Nm of peak torque. Both have a 5-speed gearbox unit.

The Honda CB350 has 19-inch alloy wheels at the front and 17-inch at the rear. Talking about seat height, this Honda CB350 gets a seat height of 800 mm, which is similar to the Royal Enfield Hunter 350.

Royal Enfield can launch a new bike soon. The company can launch Shotgun 650 in November 2022. It can be brought in India for a price (estimated) of Rs 3,00,000 to Rs 3,50,000. Royal Enfield is currently selling the Interceptor and Continental GT in the 650cc segment. Apart from Shotgun 650, the company can also launch another bike Super Meteor 650.