Bookings of some variants of Hyundai Creta and Venue have been closed, know what is the reason 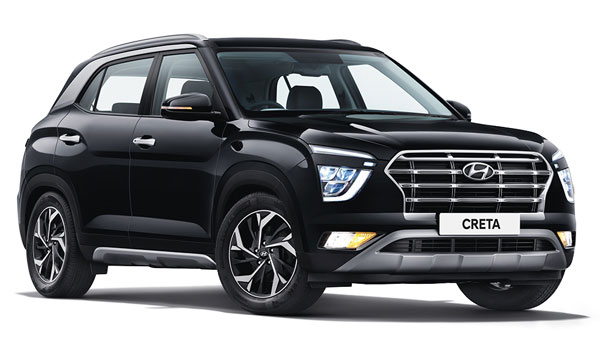 Globally, due to the lack of chips, the waiting period of vehicles is running the highest. Many new models and popular variants have to wait for up to 6 months, in order to reduce this, car companies had changed the variants of their models. Hyundai also launched executive variants of the Creta and Venue last year, which lacked some features such as the infotainment system, which require a chip.

Now where the demand for the car is increasing more, so the customers are also not hesitant to wait for the new model. Along with this, the production of companies has also increased but it is still less than the demand. Hyundai has recently added a slew of new features to the SX trim which till now has been available only in the SX(O). Keeping in mind the supply of the chip, the company has decided to reduce some variants.

Dealers have been informed about this and their new bookings have been refused. According to the notification sent to the dealers, 2 variants of Creta and 7 variants of Venue have been discontinued.

Hyundai is currently about to bring a facelift version of the Venue and is currently working on it. The Venue facelift is being brought with many changes, it was introduced in the Indian market in 2019 and it has now become a successful car. Now the company is going to bring it in a new avatar next year, which is being continuously tested in South Korea.

The Hyundai Venue facelift will also be changed from the front and given a new look. It will also get new LED taillight, new tailgate, changes to the rear bumper, new alloy wheels will be given in it. Along with this, changes can also be made in the interior. Overall, the facelift model will be brought with a host of changes that are slated to be rolled out in 2022.

However, its profile will be kept the same as before. The interiors may feature a three-spoke steering wheel, 20.32 cm touchscreen with HD display. It gets Android Auto and Apple CarPlay, auto climate control, push button start stop, an electric sunroof, wireless mobile charging, cruise control and BlueLink connected car technology. It also has an air purifier.

Both the models of Hyundai are very popular and now some of its variants have been discontinued due to high demand, now it has to be seen when the company brings these variants back.