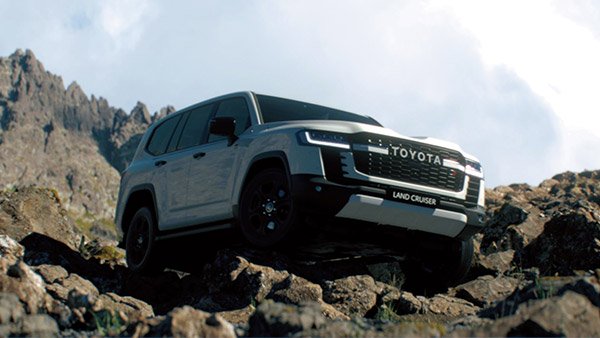 In some markets, its waiting period is up to three years. However, according to some experts, it may take more than a year for delivery to India. The new Land Cruiser LC300, like its predecessor LC200, will be launched in India as a completely imported unit.

The SUV is powered by a twin-turbo 3.5-litre V6 engine that produces 409 bhp of power and 650 Nm of torque. Apart from this, the new Land Cruiser LC300 is also offered with a 3.3-litre twin-turbo V6 diesel engine option.

This diesel engine provides maximum power of 304.5 bhp and maximum torque of 700 Nm. Both the engines come mated to a 10-speed automatic transmission unit. Talking about the features found in the new Land Cruiser LC300, this car gets a 12.3-inch touchscreen floating infotainment system.

Apart from this, features like connected car technology, heated and ventilated seats, digital instrument cluster, wireless charging, adaptive cruise control have been provided in this car. As a result, the Land Cruiser LC300 has earned a full 5-star rating in the Australasian New Car Assessment Program (ANCAP) crash test.

The SUV also did remarkably well for the safety of cyclists and pedestrians, with the car scoring 81 percentage points. Overall, the Land Cruiser LC300 managed to score 77 percent marks.

The Toyota Land Cruiser model made available in the markets of Australia and New Zealand comes with advanced safety features like multiple airbags, autonomous emergency braking, lane keep assist, lane departure warning and adaptive cruise control. Toyota Land Cruiser has been brought with many changes due to which it is getting a great response.