Booking of new Audi Q3 has started, know how much you can book for Rs. 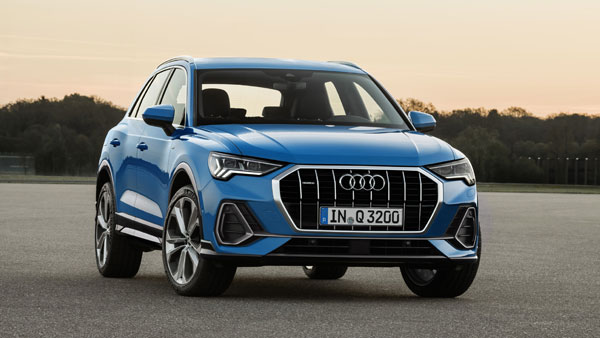 Let us tell you that the company is going to present the new Audi Q3 in only two variants Premium Plus and Technology. According to its recently released teaser, this SUV has been given carbon fiber ORVM housing and gloss black window trim, B-pillar and roof rails.

Let us know that the new Audi Q3 was launched globally in the year 2019. Talking about its exteriors, the new-gen Audi Q3 sports a front-end design. It is clearly inspired by the company’s flagship Audi Q8 SUV. The new Audi Q3 is built on Volkswagen’s MQB platform.

It is slightly longer and wider than its predecessor and has a better wheelbase. The premium SUV will get Matrix LED headlamps with daytime running lamps. Apart from this, the car will get a large front grille and hexagonal fog lamps at the bottom of the front bumper.

Coming to the side profile, the SUV-like look of the Audi Q3 is adorned with blacked-out side skirts and clear shoulder lines, giving it a more muscular look. The rear of the new Audi Q3 will remain largely the same as its predecessor except for the updated LED tail-lights and reprofiled bumper.

Talking about the interiors, the interiors of the Audi Q3 will sport a completely new cabin. It will come with a lot of tech-focused features and like the international-spec variant, it could come equipped with a standard 10.25-inch digital driver’s display coupled with a 10.1-inch infotainment touchscreen.

On the other hand, the India-spec Audi Q3 is powered by a 2.0-litre four-cylinder turbo-petrol engine that churns out 190 bhp of power and 320 Nm of peak torque. This engine gets an all-wheel drive system with a 7-speed DCT gearbox.