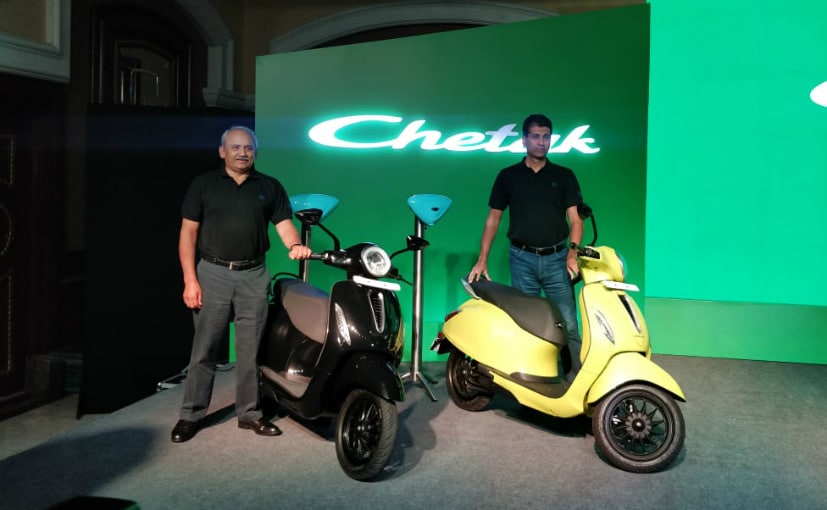 Bajaj has once again opened the bookings for its only and extremely popular electric scooter Chetak EV for Pune and Bangalore. Its bookings were also recently opened for three other cities – Aurangabad, Mysore and Mangalore. The company started this electric scooter from Pune and Bangalore itself, after which three new cities were added to it. Apart from this, the company has also announced the launch of Chetak EV in Chennai and Hyderabad soon. Bajaj Chetak Electric Scooter comes equipped with beautiful design as well as powerful features. Bajaj Auto in its recently concluded 2020-21 annual report said that the company is planning to start deliveries of the Chetak EV from the third quarter of September, just before the start of the festive season in India.

Bajaj Chetak Official Website But it has been informed through the banner that its booking has now been opened for Pune and Bangalore. Even before this, the company has opened the booking of Chetak EV in these two cities, but according to the claim, the booking was closed due to tremendous booking. Now, people of both these cities can buy this popular Made-in-India electric scooter from the company’s official website. Website You can book through

Talking about power and features, the Bajaj Chetak Electric is powered by a 4.8kW motor, which generates 16Nm of peak torque and 6.44bhp maximum power. Thanks to this, the Chetak can reach a top speed of 70Kmph. The scooter gets a 3kWh capacity battery, which is capable of delivering a range of 95Km in Eco mode and 85Km in Sport mode. The company claims that the battery takes 5 hours to fully charge. The regular 5A power socket can be used for charging, which is a good thing. The company has also claimed that the Chetak scooter can be charged up to 25 percent in just 1 hour.

The company had announced some time back that bookings for Chetak Electric would soon be opened for Chennai and Hyderabad as well. The exact date of shipment has not been shared yet, but Bajaj Auto has announced its Annual Report for 2020-21 I had said that the company can start deliveries of Bajaj Chetak EV from the third quarter of September, just before the start of the festive season in India.