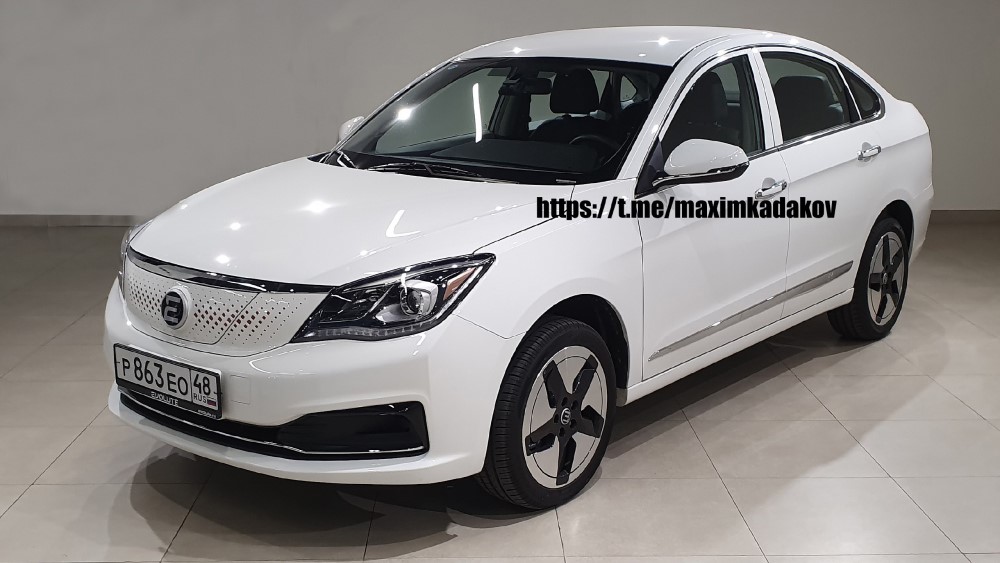 The approximate cost of the Evolute i-Pro electric sedan was named during the Taxi International Forum, where this car was officially presented for the first time. Maxim Kadakov, editor-in-chief of the Za Rulem magazine, shared details about this and about the car itself on his Telegram channel.

According to him, the price of Evolute i-Pro in Russia will be about 3 million rubles. At the same time, only corporate customers will be able to buy an electric sedan.

“Price? They want to meet the 3 million rubles. If it works out, then at the state. subsidies of 925 thousand turns out to be slightly more expensive than 2 million. They will not be sold to private hands – only under a taxi”, — wrote Maxim Kadakov.

The main advantage of the Evolute i-Pro for professionals should be the “indestructible renault chassis”. Recall that the Russian sedan will, in fact, become a replica of the Chinese Dongfeng Aeolus E70 and a distant “relative” of the Nissan Almera G15.

“I will immediately answer taxi connoisseurs, “whose engines are not turned off in winter”: there is a diesel heater, there is a tiny plastic tank in the trunk”, — said Maxim Kadakov.

The editor-in-chief of Behind the Wheel praised the interior of the Evolute i-Pro, calling it “bomb-proof for a taxi.” The only initially weak point of the sedan is the plastic lifting panel on the front, behind which the charging connector is hidden. The journalist called her “flimsy” – this is easy to break.

The Evolute i-Pro electric motor produces 163 hp, and the car accelerates to 100 km/h in 9.5 seconds. Battery capacity – 53 kWh. The power reserve, according to official figures, is 420 km based on NEDC measurements. But the real power reserve in urban conditions, according to Maxim Kadakov, will be about 250 km.